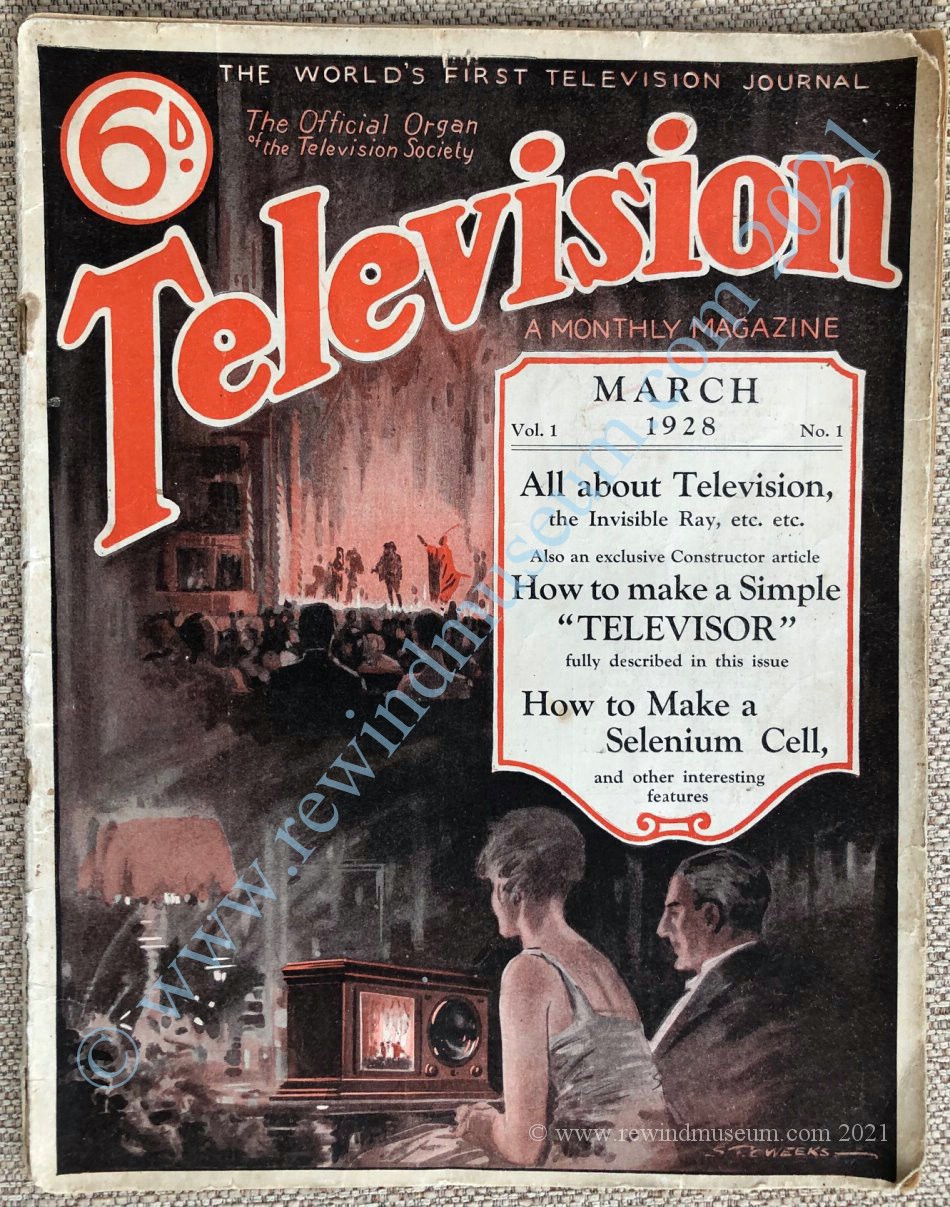 "The Official Organ of the Television Society."

This was the first dedicated television magazine in the world. It was donated to the museum by "Roger Bunney". He had
owned it since the mid 1970s. It was given to him by one of his television enthusiast readers who lived in Salisbury. This
person also had a large collection of early "Practical Television" and "Practical Wireless" magazines. He may have been
the original owner of this magazine and could have purchased it from new. You could say we have quite good "provenance".

Roger Bunney started writing for a different magazine called "Television" in June 1971 (which until 1970 had been called
"Practical Television"), and he did so until 2007 when it folded.

Until the other "Television" magazine 1970 - 2007 (with Roger Bunney's contributions) and which was formerly
"Practical Television" (1950- 1970) folded, it was confusing to have two magazines called "Television".

In 2021 The Royal Television Society's magazine "Television" is active and available monthly. It's origins
can, however, be traced all the way back to this March 1928, volume 1, number 1 issue of "Television".

One of the primary aims of our "Rewind Museum" is to include first achievements. Vol. 1, No. 1 of the first ever
dedicated television magazine in the world, is indeed a first achievement and we have an original copy in the museum.

Below you will find below some interesting extracts from the magazine - articles and adverts. 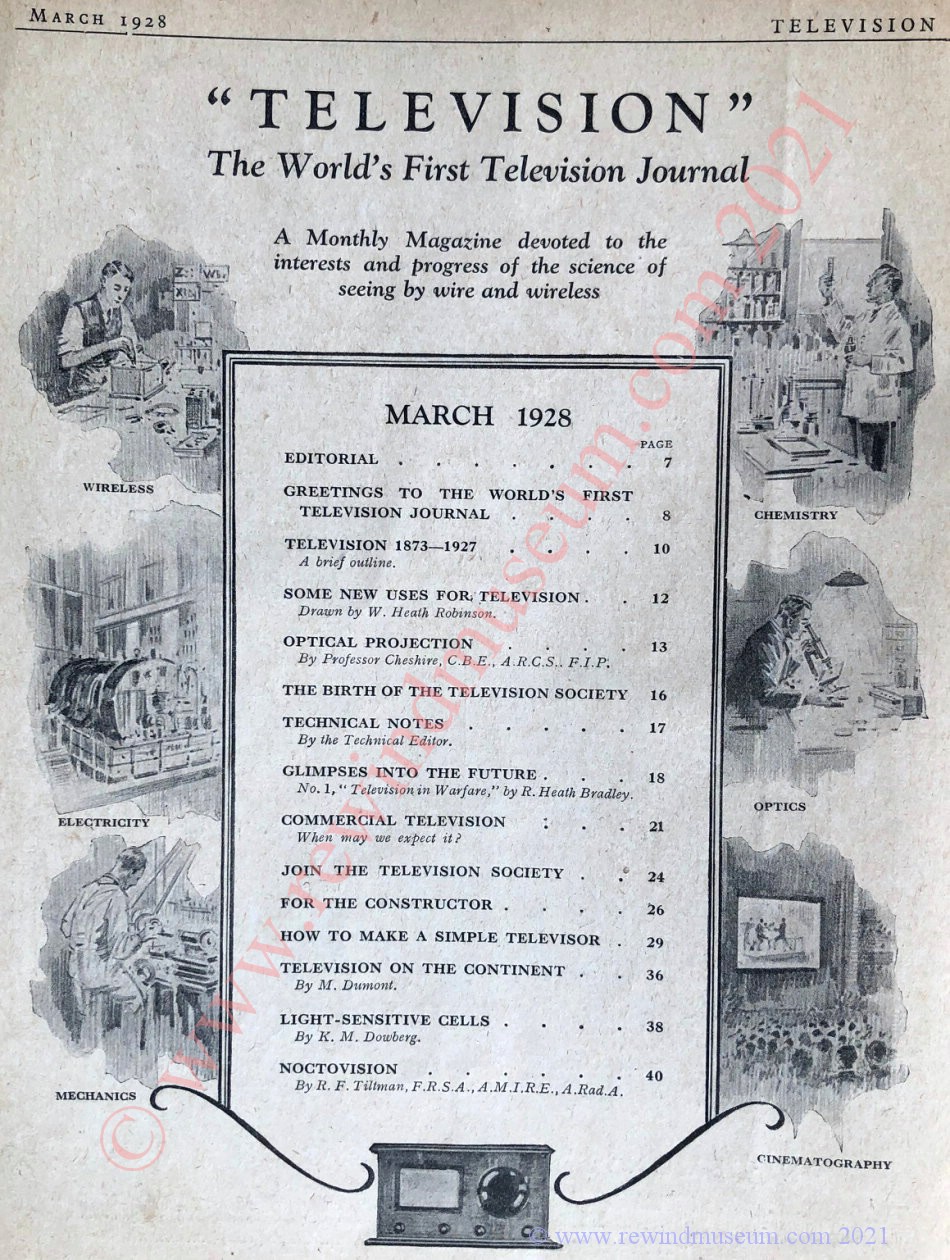 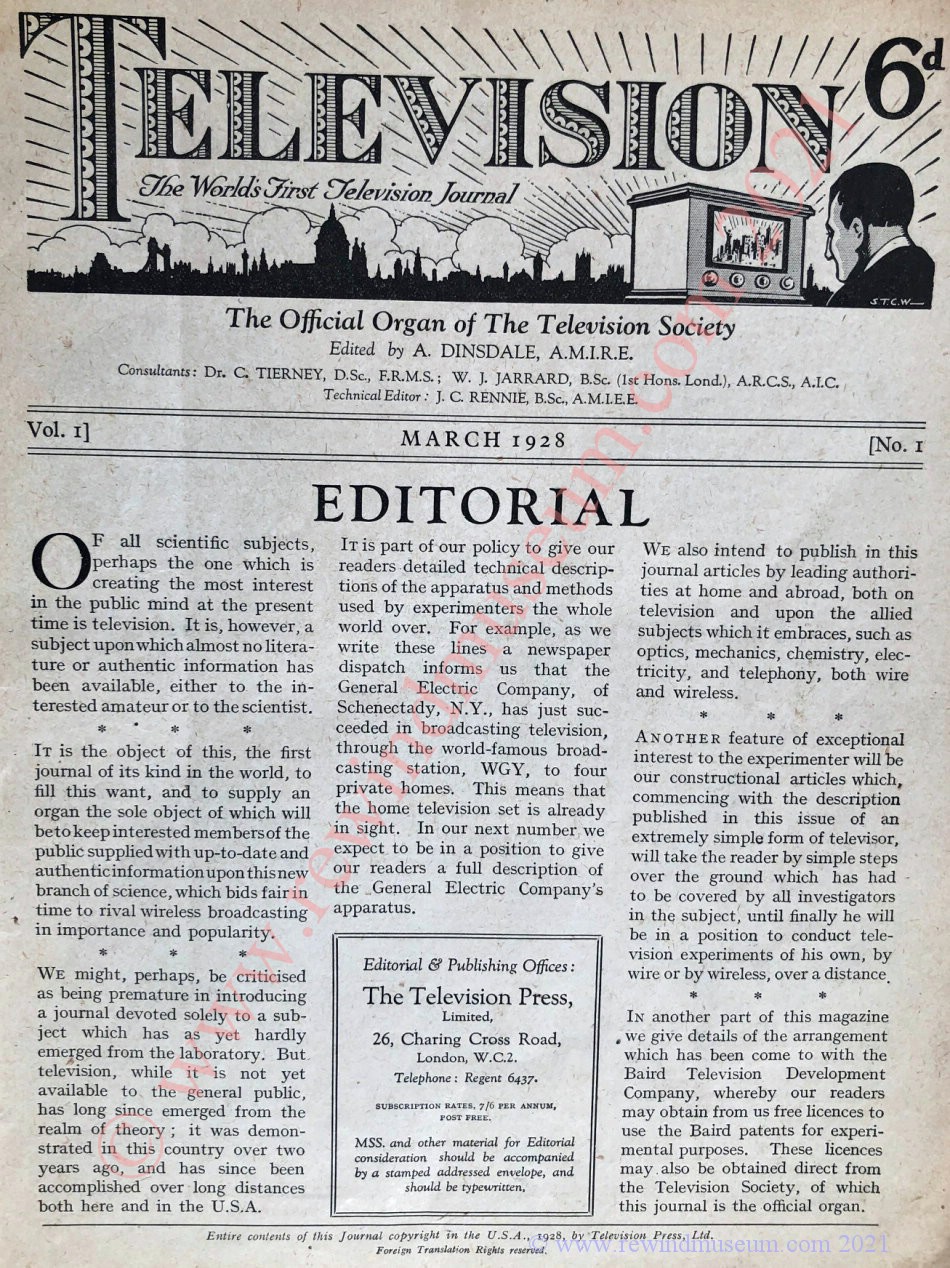 You can see below a timeline of events from 1873 - 1927 included in this March 1928 magazine. These events detail the
build up to the first television system. Click here to see the television key transmission dates timeline from 1924 - 2013
in this museum. Since timelines are a very important part of history it was important to include the three pages below. 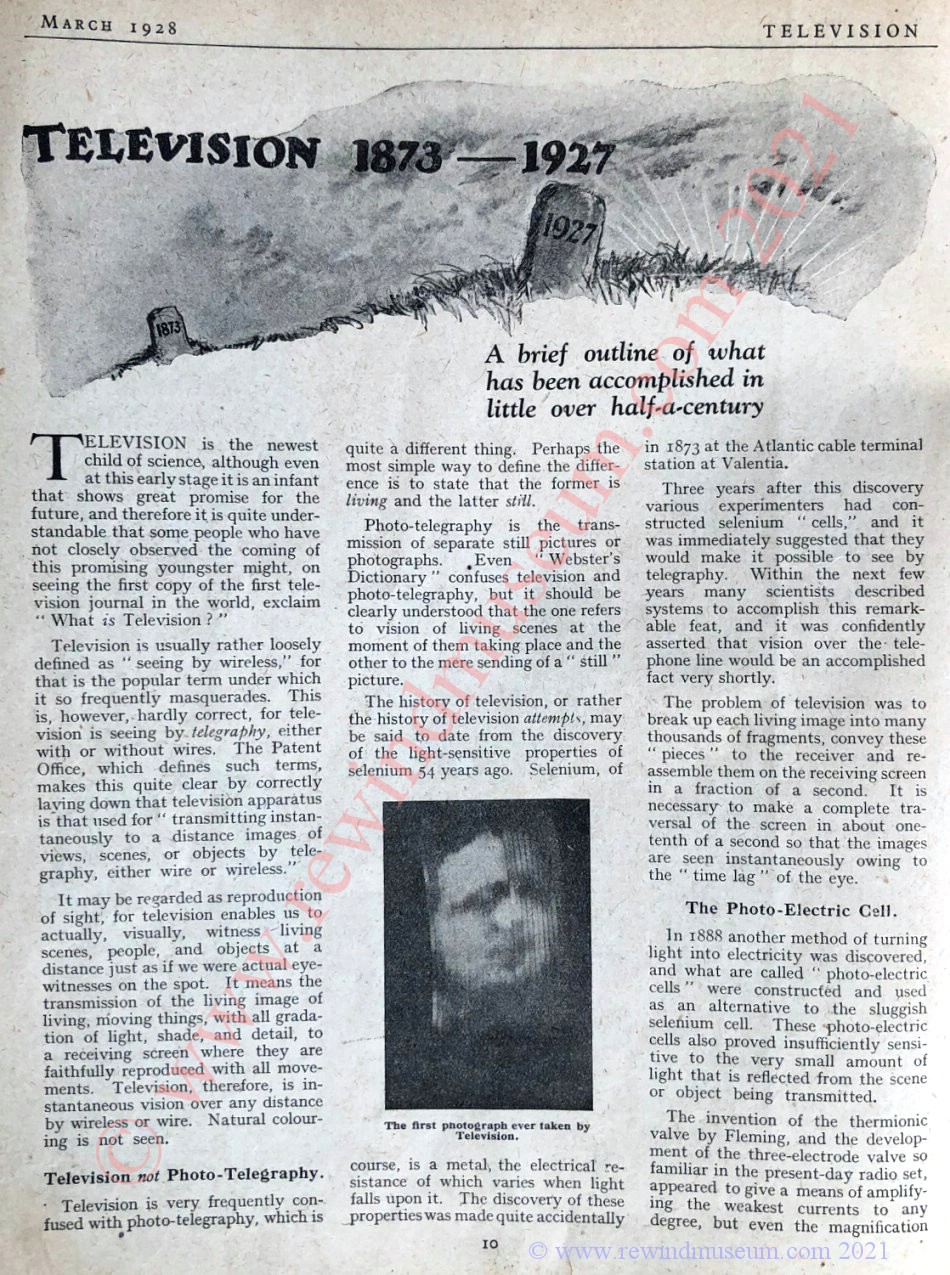 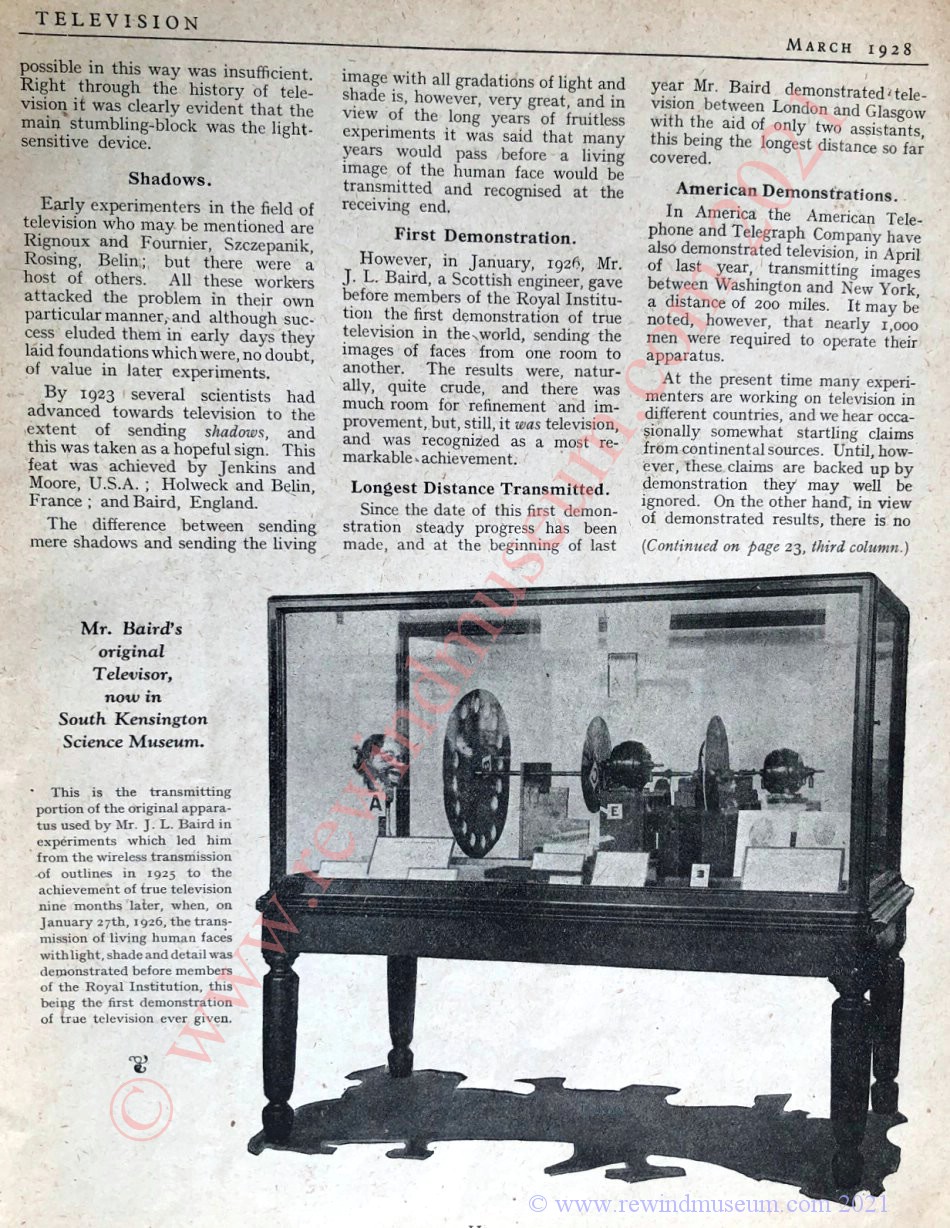 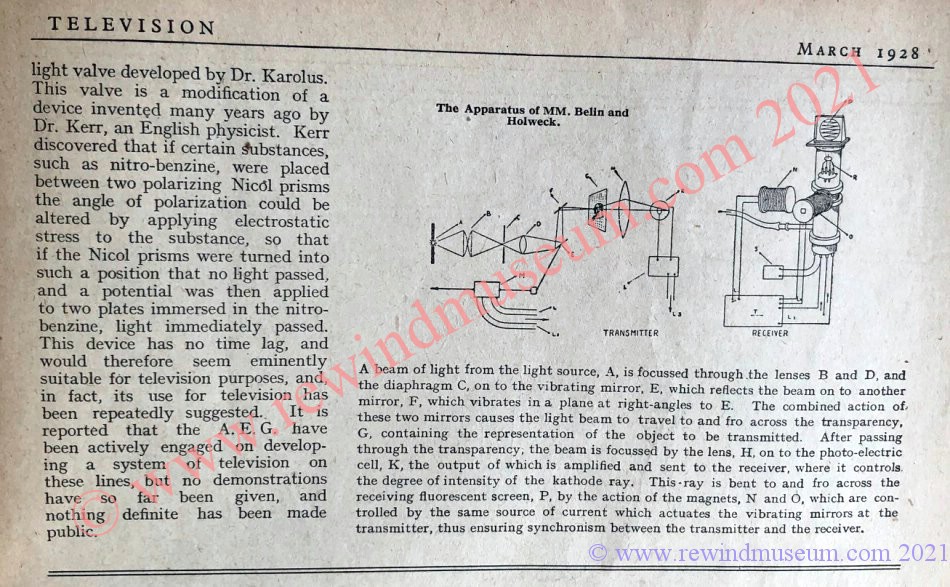 Below a teacher checks up on a pupil who is smoking a pipe using a surveillance camera and projection remote TV.

The cartoon below is very interesting. This was a page of cartoons showing possible new use for a television. Here we can see
it could be used for surveillance, however, here in 2020/21 during a COVID 19 pandemic, who could have predicted teachers
using "Zoom" to remotely teach children? In 1928 maybe remote teaching had not been considered but this is pretty close! 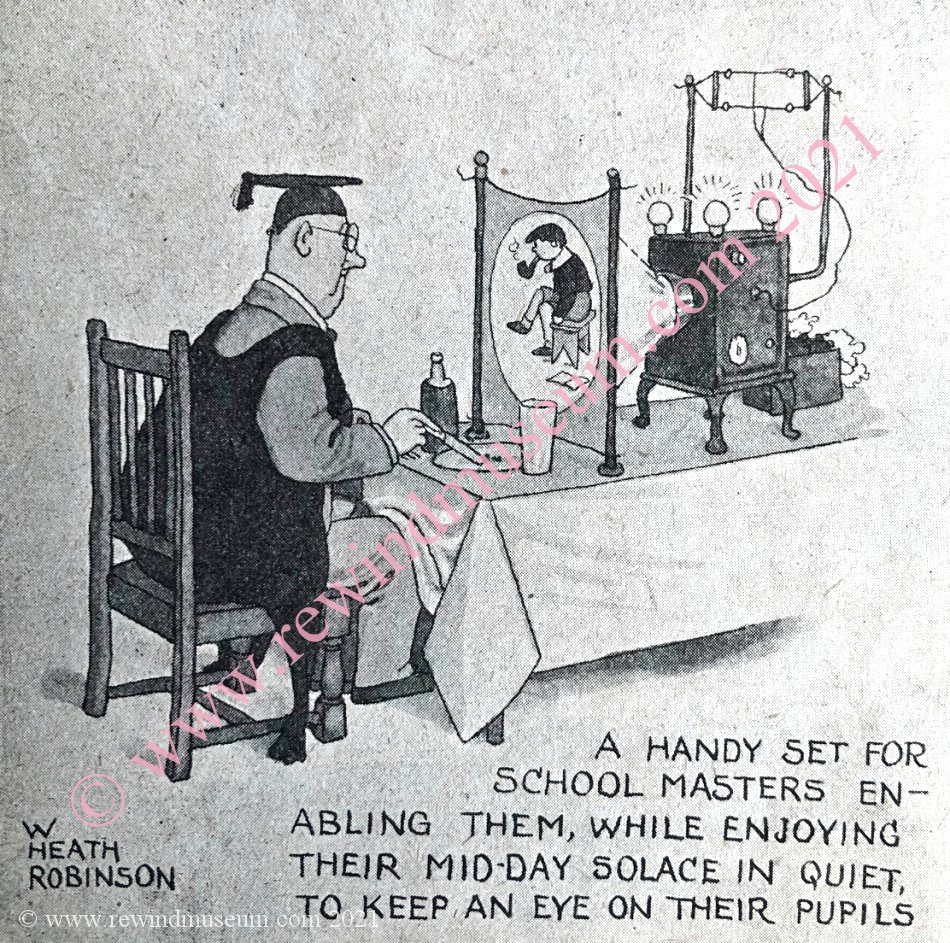 Below, Peto-Scott Advert. Here you can buy all of the parts to build your own "Televisor". 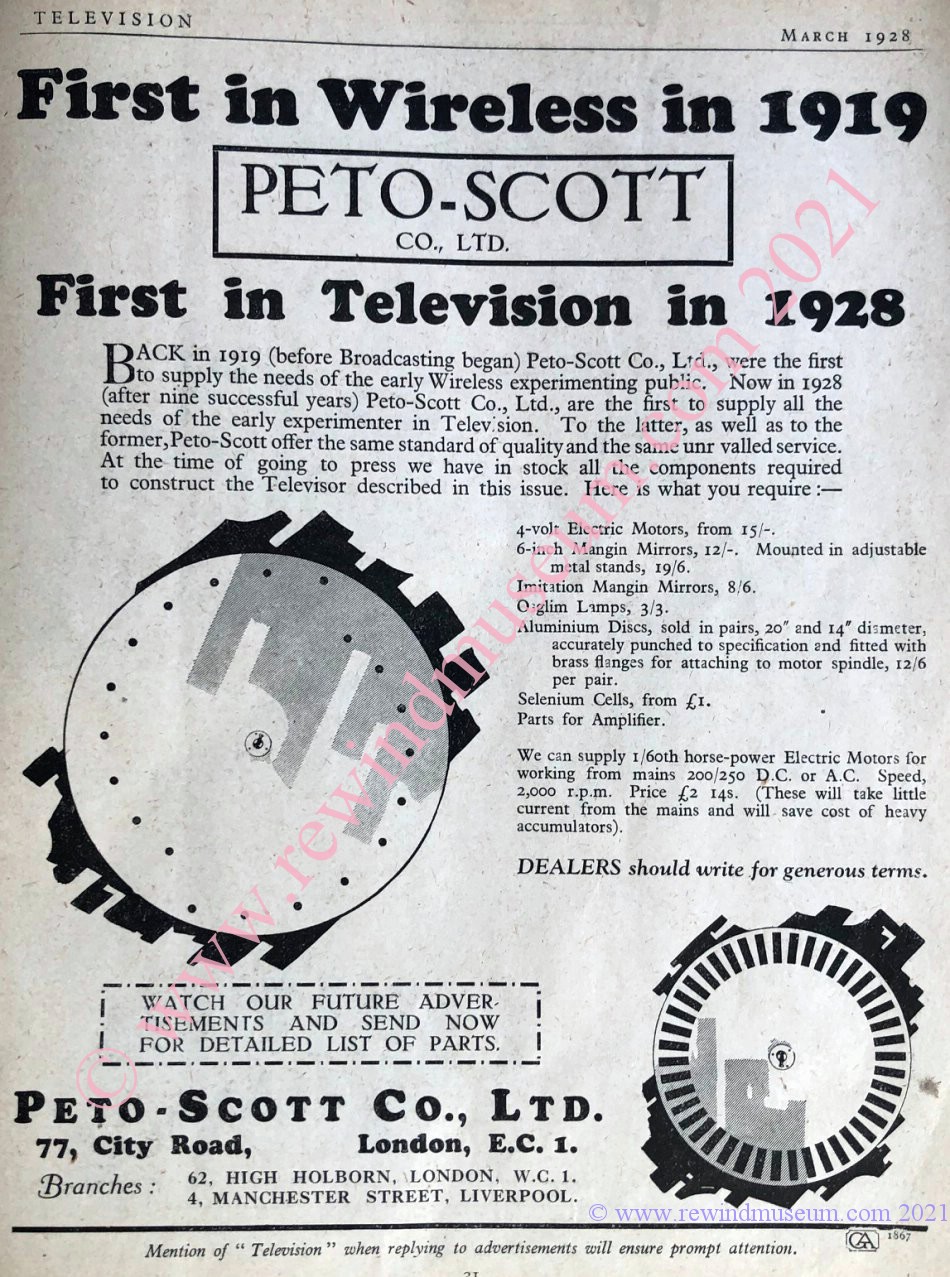 Below, an Advert for GEC OSRAM valves (tubes) "used in the original television experiments". 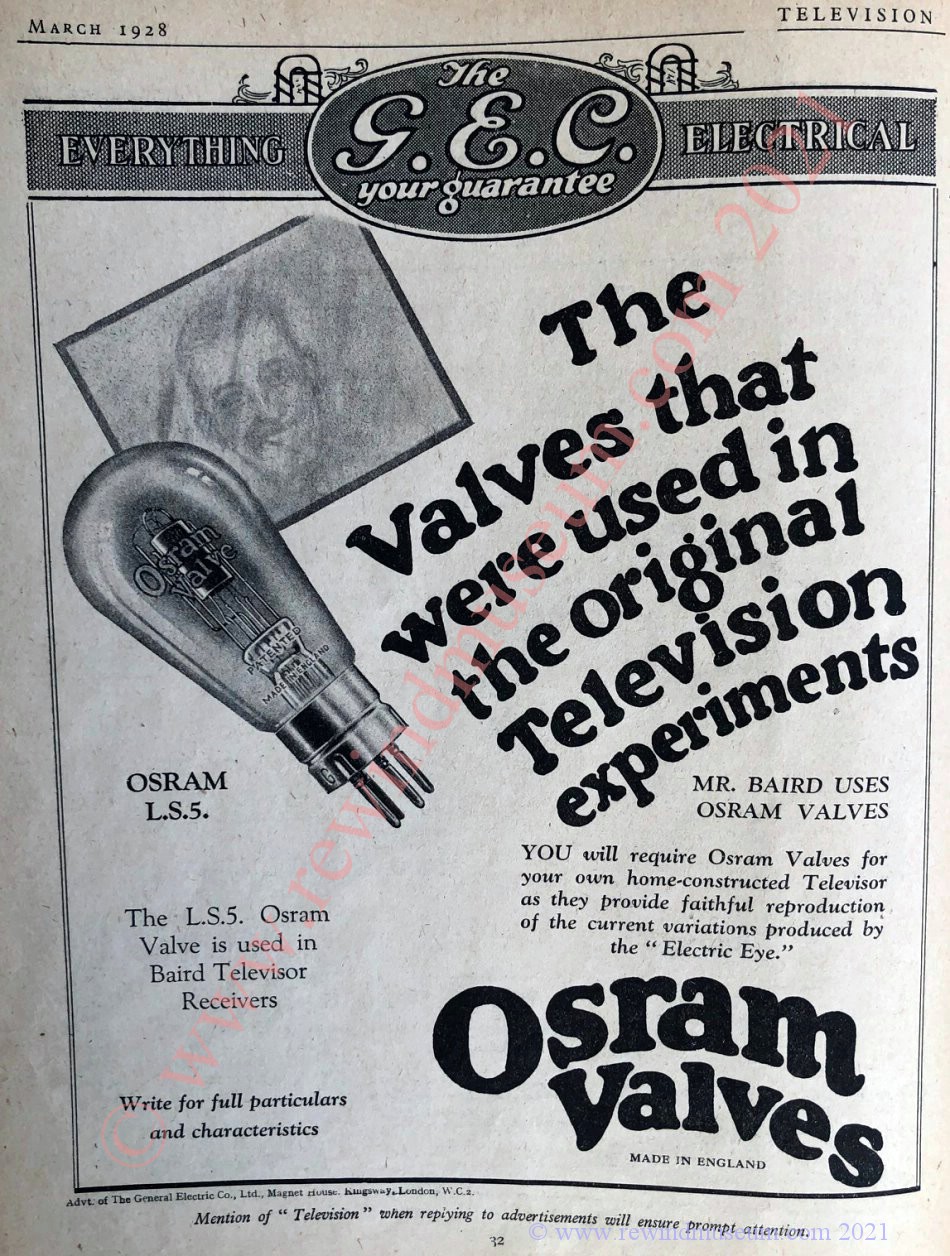 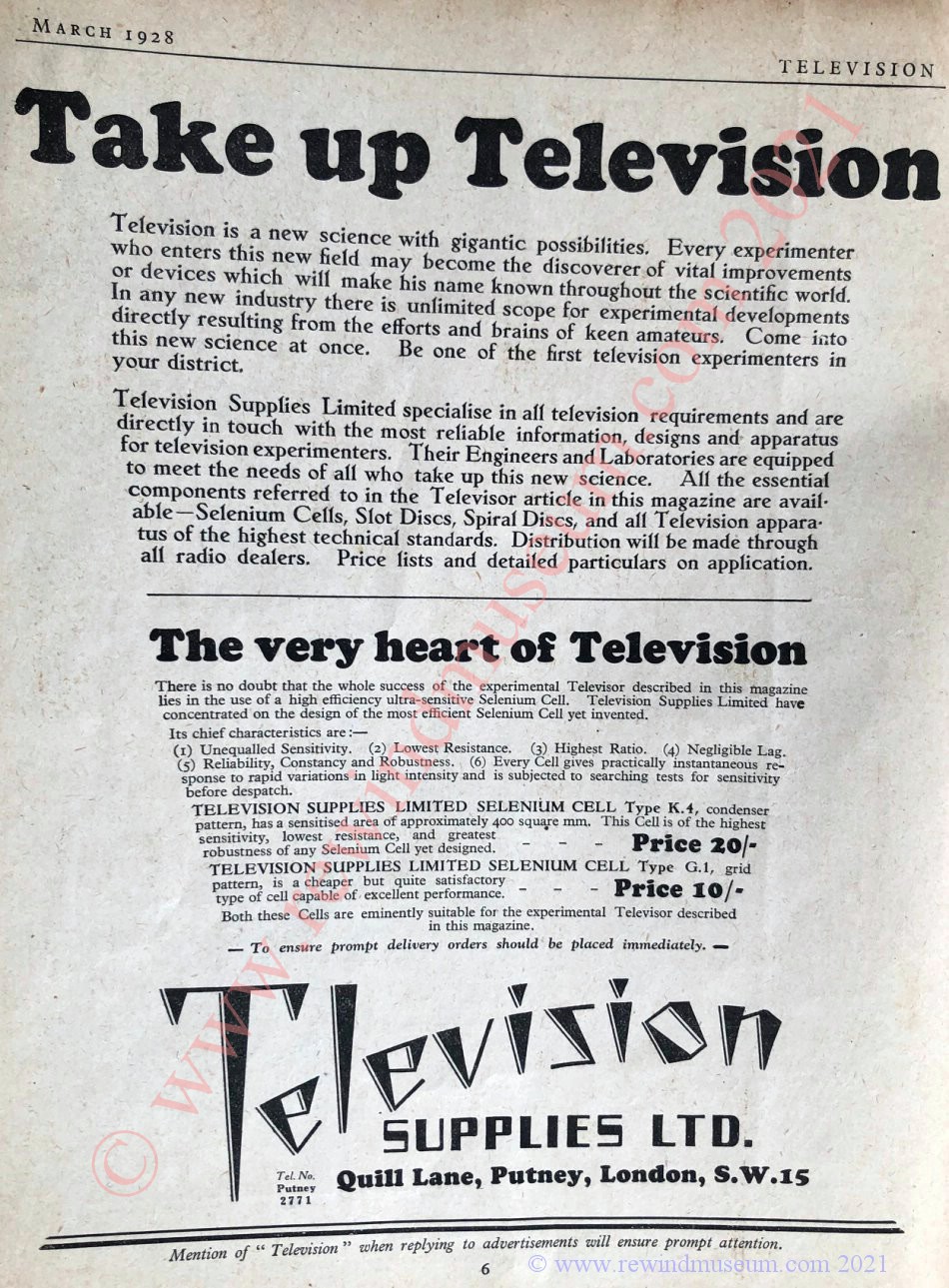 Below, several adverts and an "Index To Advertisers" in this March 1928 publication. 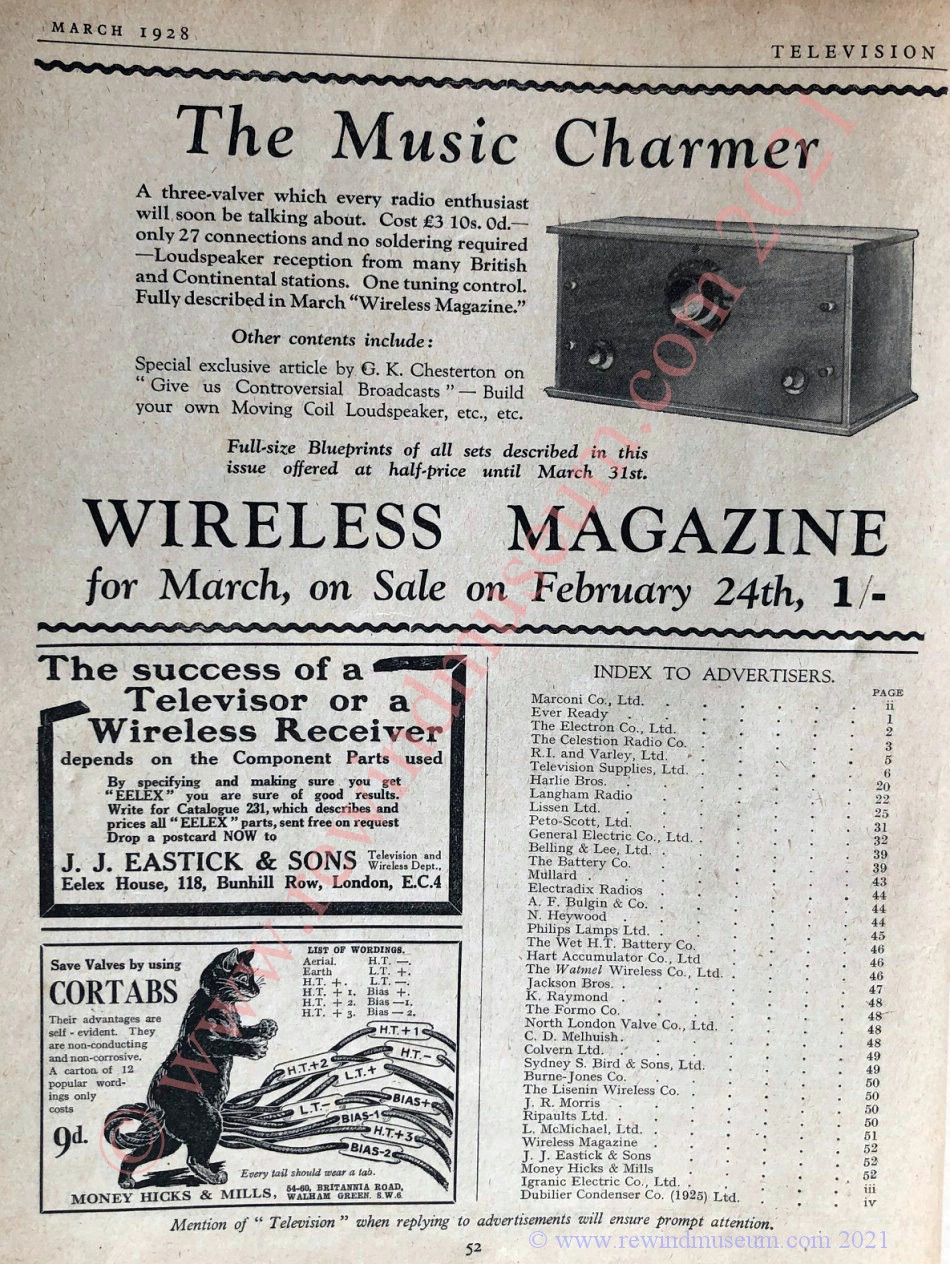 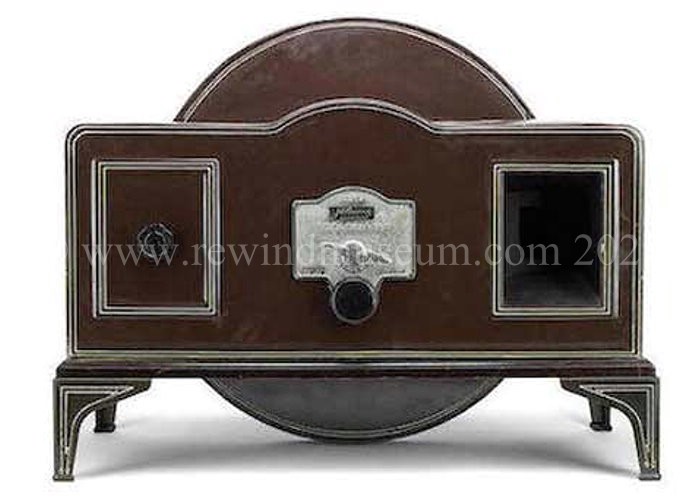 From 1929 the Baird Televisor was manufactured by "Plessey" in England and about 1000 were sold.
The set uses a 30 line scanning disk. It is about 1m wide and 70cm. The image is about the size of a postage stamp.
The first experimental television broadcasts were just 30 lines of television, received by those who owned a ‘Televisor’.
Many Televisors were DIY and constructed from kits. DIY Televisor kits of parts were sold by Peto-Scott Ltd in 1928.