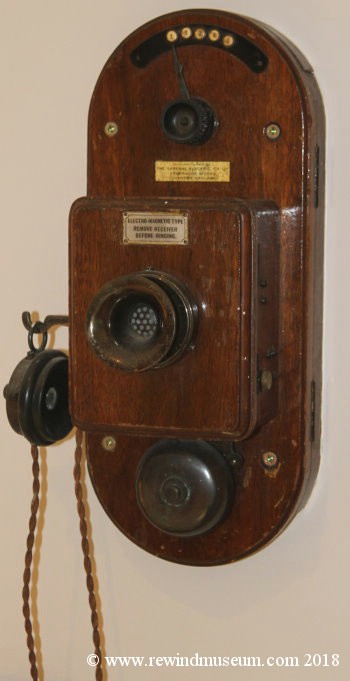 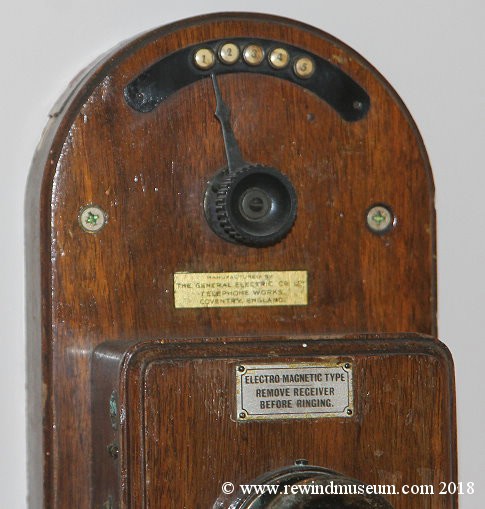 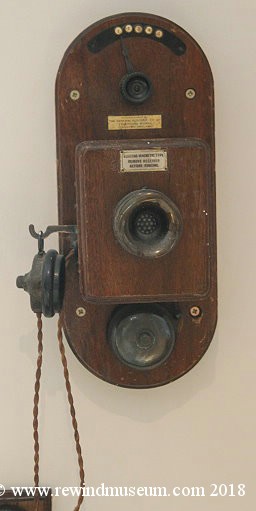 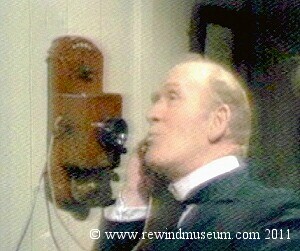 There was an episode in the program when Hudson, the butler, uses this phone and a picture from that episode
is shown above. Since the program was about a family in a large house, the butler used a "switch phone"
also called an "intercommunication telephone" you can see he can switch the call from the servant’s area
downstairs to 5 extensions in the family area upstairs. After seeing and remembering this episode, I
found an identical phone and purchased it. There is a button on the right hand side. After selecting
the room from the selector above, the button is pressed and a bell rings in the selected room and
someone then knows they have to pick up that extension. It seems GEC manufactured this phone for
about 30 years, even until 1935 therefore dating this exact unit is difficult. Suffice to say
it was available during the Edwardian period. It is made of solid walnut. 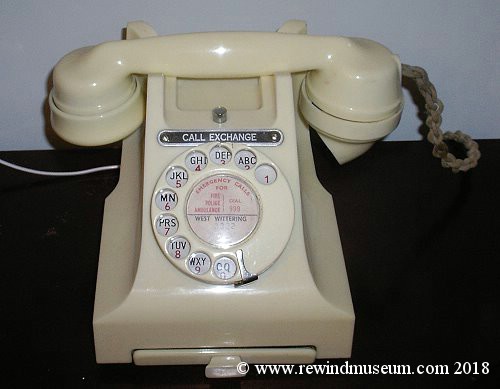 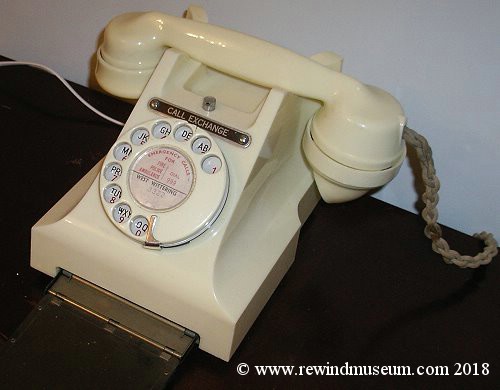 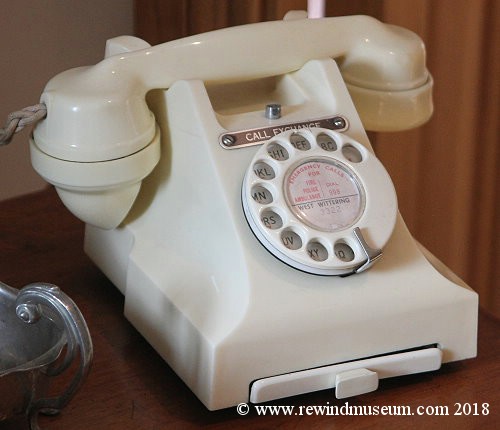 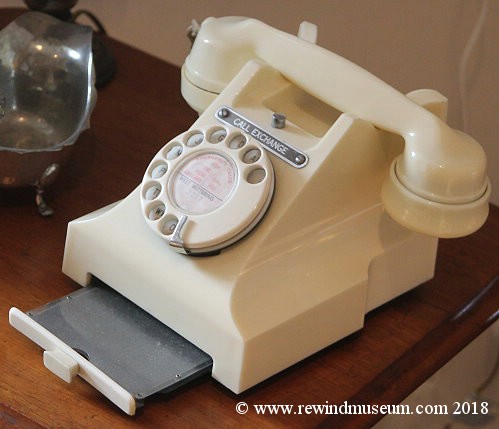 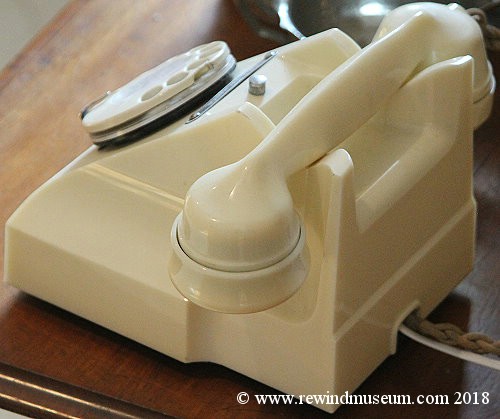 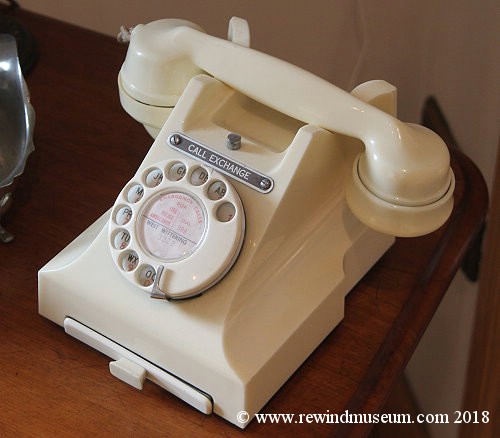 This is a white 1956 Bakelite 312L phone with draw. Originally manufactured and designed by Ericsson in 1932. These
phones were supplied to the GPO and were made for them from 1937-1959. The 312L was introduced in 1949. On the
underside of the handset, embedded into the plastic you can find the date. It says "164 56" so it is 1956. Most
phones were black but white was an option. This meant that less white phones were made and were relatively rare.
There is a story behind how this phone came into my possession -
It was the mid 1980s and a teacher brought two of these phones into a school so that classes could find out
how phones worked. After a while they were given to, what used to be called a "non-exam class". This was a
group of 16 year old children who were not doing any exam work as they were not deemed to be capable of
academic studies. The phones were given to them to take apart and they damaged both of them. They were then
going to be thrown out. I obtained all of the parts and stored them in a box for about 10 years. I then
gave them to a company who built one good phone out of the parts. This is it. 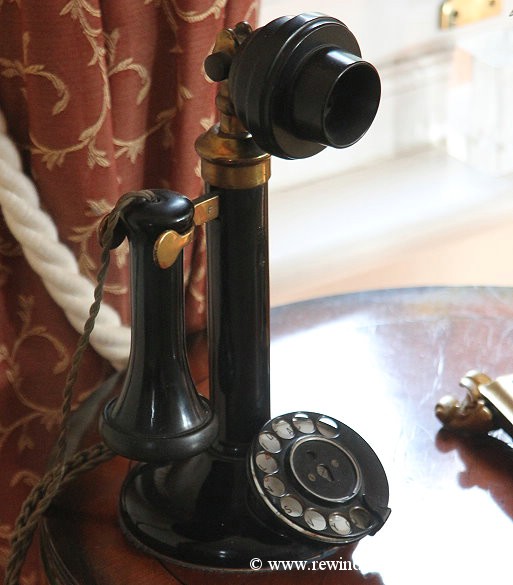 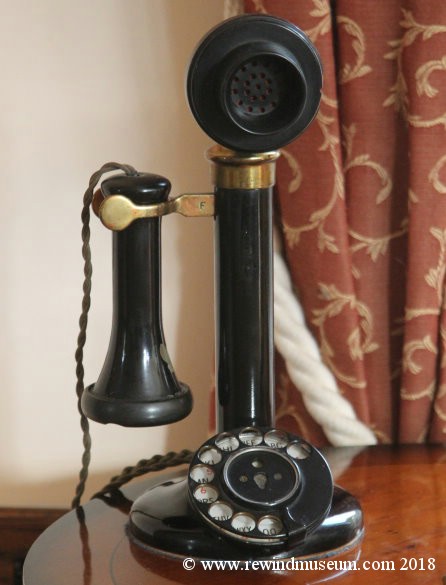 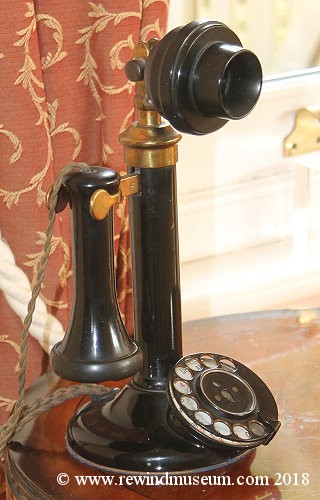 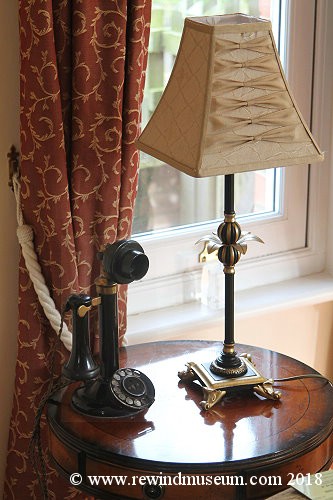 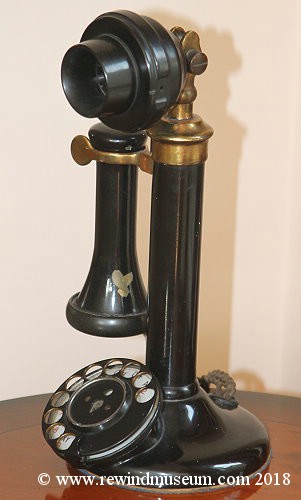 No 150 candlestick telephone with Bakelite No 22 Microphone. This candlestick phone has the later No 22 Bakelite
microphone. It has been in my position since the early 1990s. I bought it from a friend who had worked for BT
all of his life. I paid Ł100 at the time. I guess it is worth a bit more than that these days but the fact I have
been able to look at it and use it for all of those years is what is important. Included in the price and with
the phone were two bell boxes. 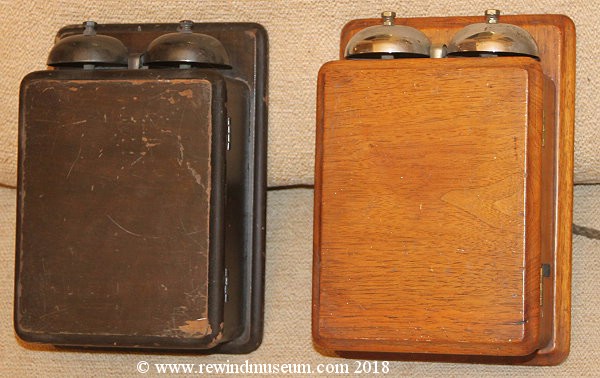 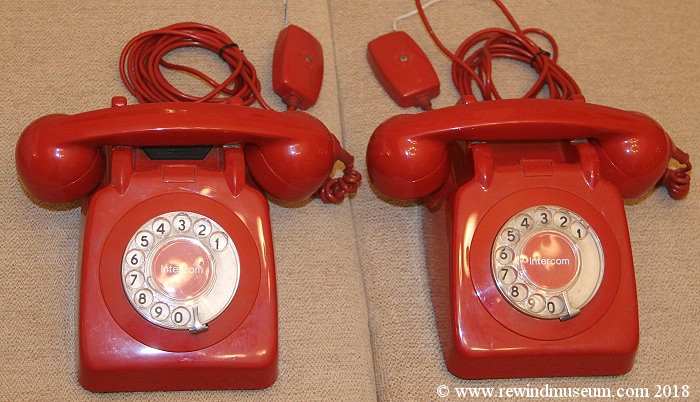 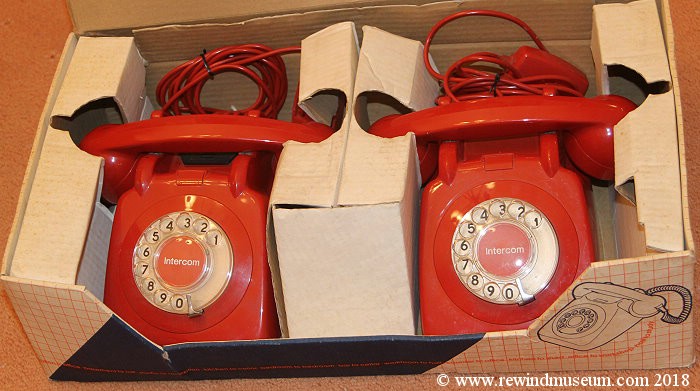 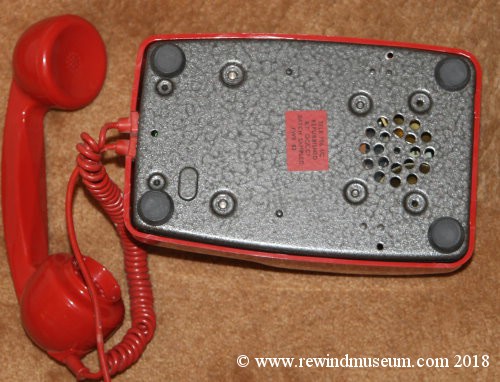 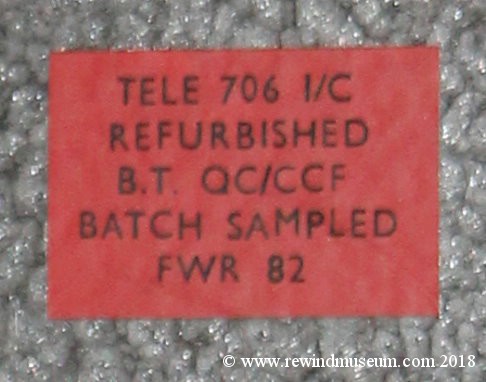 I am not sure how long I have had these phones. Could have been since 1990. They are the GPO model 706.
The Telephone No. 706 was first released in 1959 and was advanced for it's day. This is a later 706 as it has
no number ring and all number dial. That means there are no numbers or letters on the ring around the dial,
only within the dial. This makes it 1969. The 706 was manufactured to a GPO design, by several
manufacturers. This pair of red 706s were sold as intercoms and came in a presentation box with cable and
clips (not shown). This is really quite unusual. I have not seen any 706 I/C (intercoms) anywhere else.
Since the sticker on the bottom says BT rather than GPO it seams likely that these 1969 phones were
refurbished GPO old stock and repackaged and sold by BT as intercoms in the 1980s