Reel to reel B&W video
Reel to reel colour video
Ampex
1st Umatic
Philips n1500 n1700 v2000
1st VHS VCRs
1st Betamax VCRs
1st compact video cassette
8mm
Old video cameras
1st camcorders
1st laser disc player
Vintage satellite (receivers with knobs on!)
Old televisions
1st home computers
Gaming
Vintage electronic devices
Gramophones
Turntables & tone arms
Valve (tube) amplifiers
Reel to reel audio
1st audio cassette recorders
Home
Radios
1st brick cell phones
Antique telephones
Old toys
Old books magazines adverts brochures
FAQs
Milestone product history with dates
Museum exhibits on tour
Links to useful similar sites
Contact us
Toys and Models.
When I was just a kid, I saved toys even when I grew out of them. In later life I saved the toys from
my two children who are both now adults. I always saved the boxes and kept them in mint condition in
the loft. The collection of toys in their original boxes is quite large. They were not going to be
part of the museum as they are not really consumer electronics products but at then late on in the site's
construction, I decided to include them. First, howover, something really important - 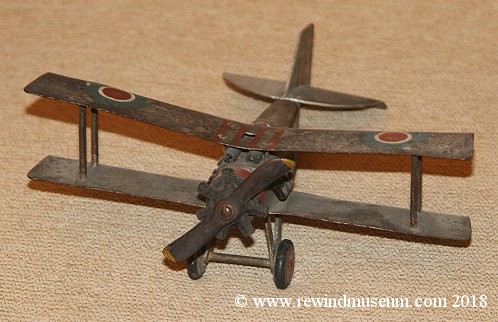 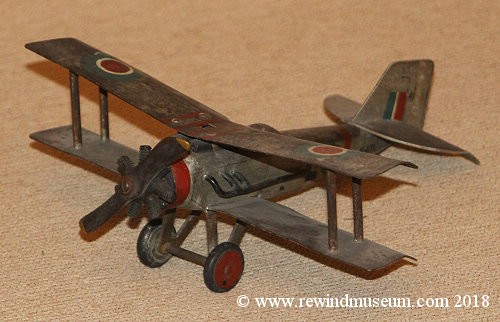 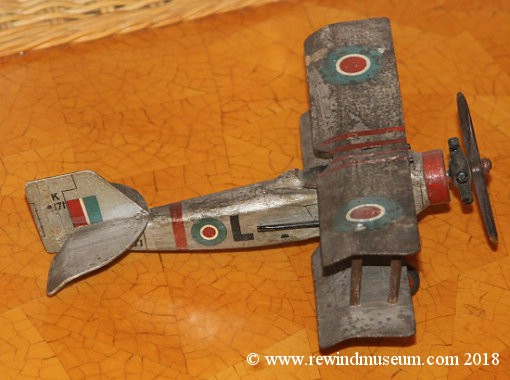 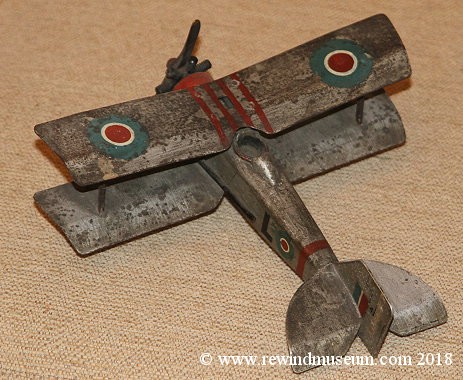 I met Charles Swift (junior) in 2007/2008. He lived in Newcastle upon Tyne and contacted me through the museum
email address. He had some old electronic gadgets to donate to the museum. These included microphones, turntables
etc. I visited him at home several times, he was 91 years old. Sadly he passed away after I had known him for
a couple of years. He told me stories about what happened to himself in WW2. He also told me about his Dad,
Charles Swift (senior), who was an RAF pilot in WW1. During WW1 while posted in France, as well as flying the
planes he also made model planes. Charles said he planned on donating these 5 or 6 planes to the RAF museum
and subsequently that happened. He then talked to me about "the toy" which he wanted to donate to Rewind Museum.
This was a larger model, again one of the planes his Dad flew in WW1 but his Dad had made it for him in 1926 when
he was 7 years old. This one was always referred to as "the toy" whilst the others were referred to as "models".
In fact apart from being larger is was exactly the same in all other respects. Just made from raw materials.
It is made of metal and the propeller is wood. It is 230mm long and the wingspan is also 230mm. It was
donated to the museum in 2006 and all of the press cuttings are below. It is a fascinating story. Read on - 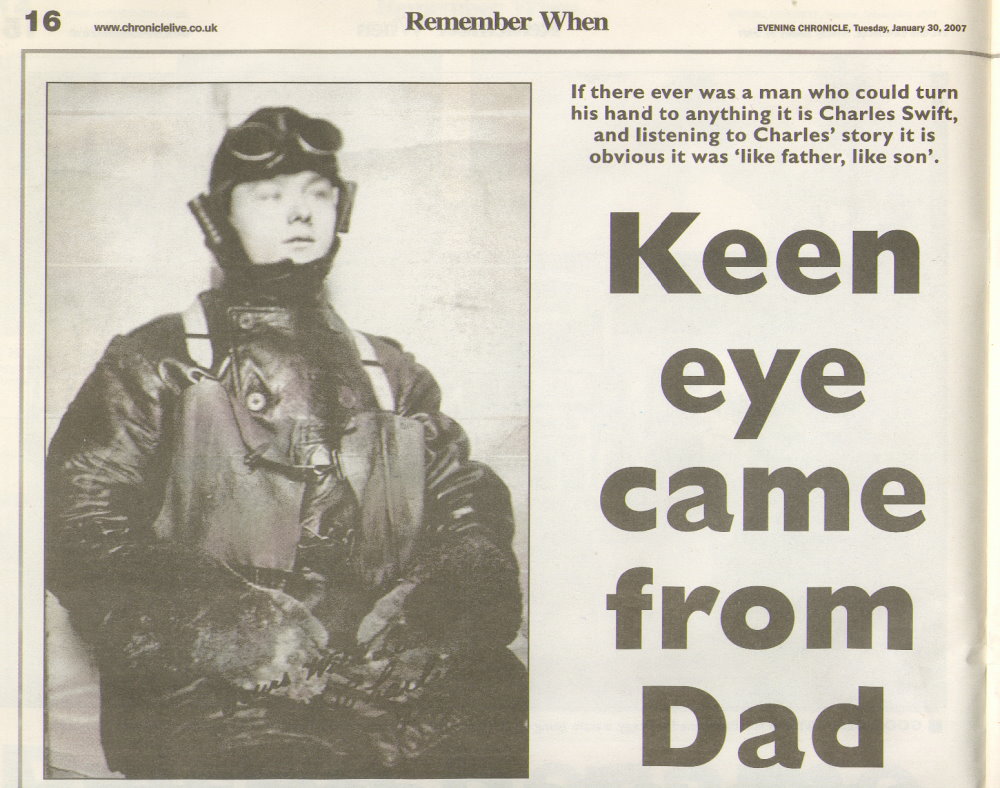 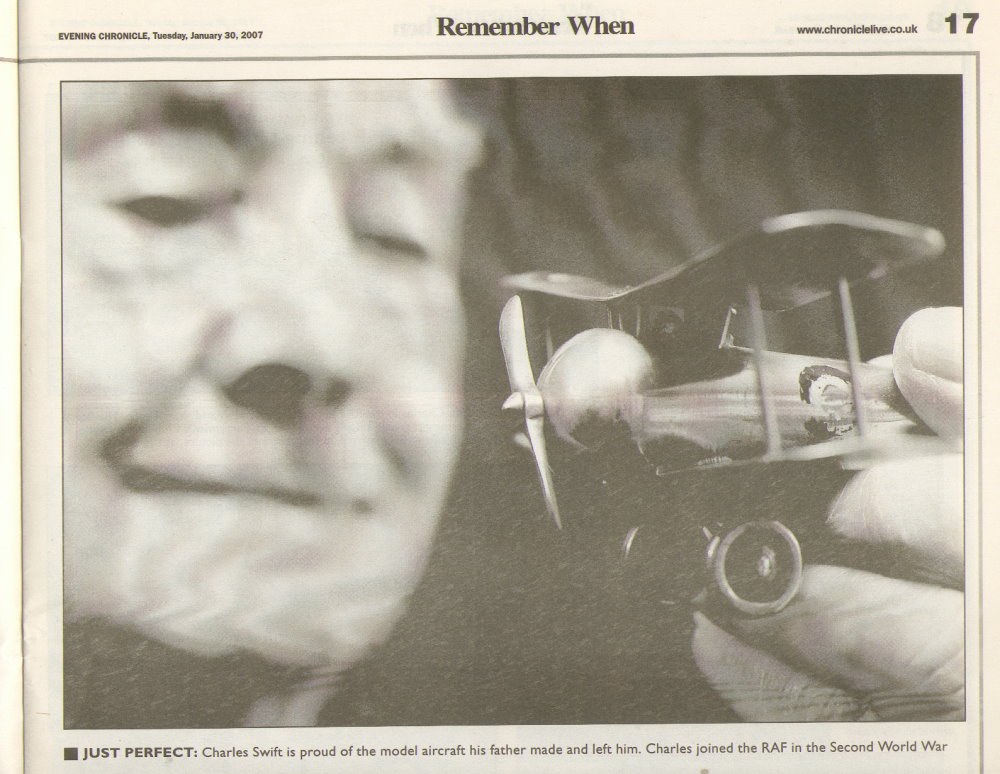 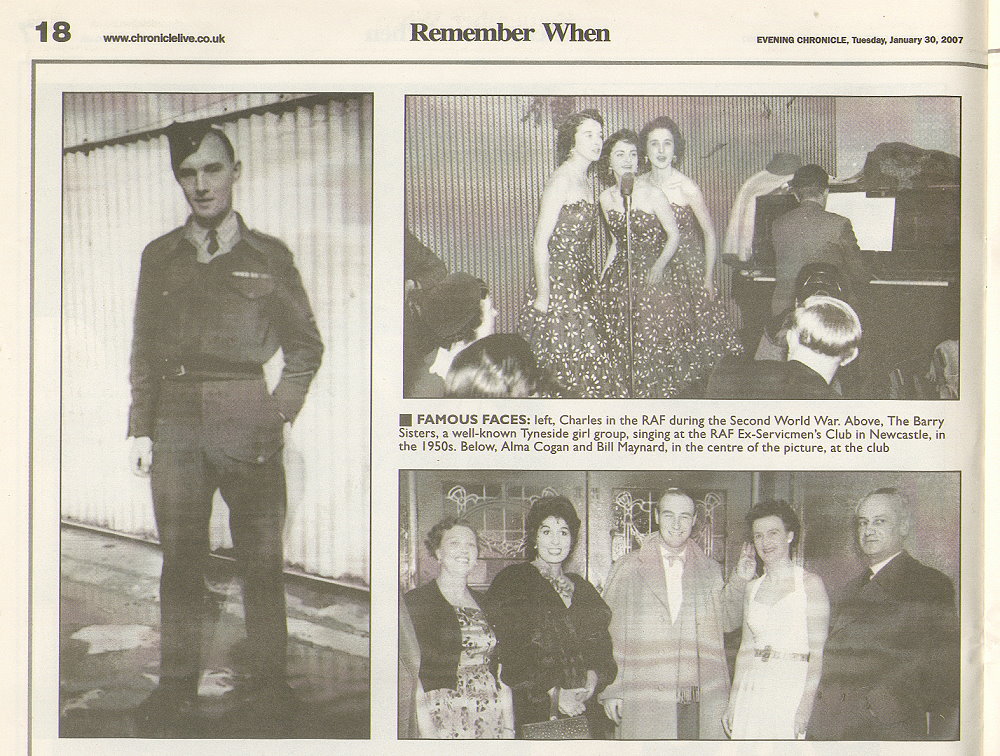 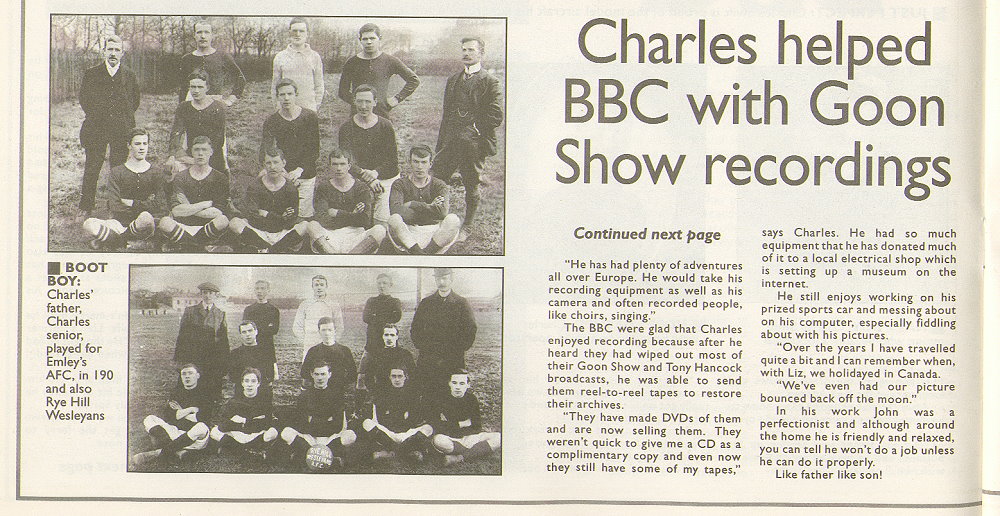 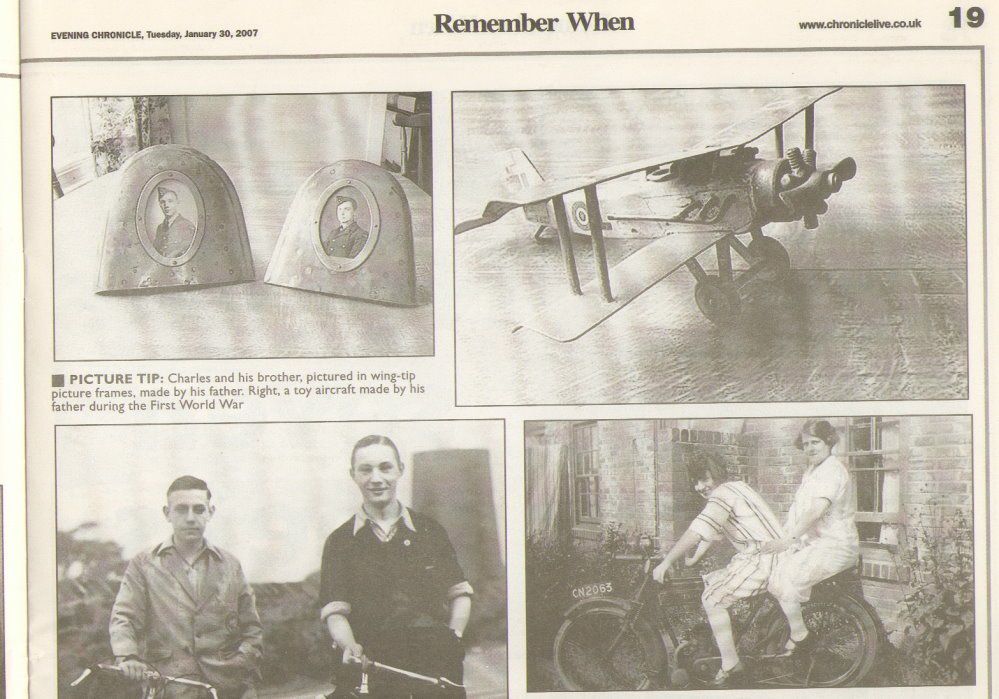 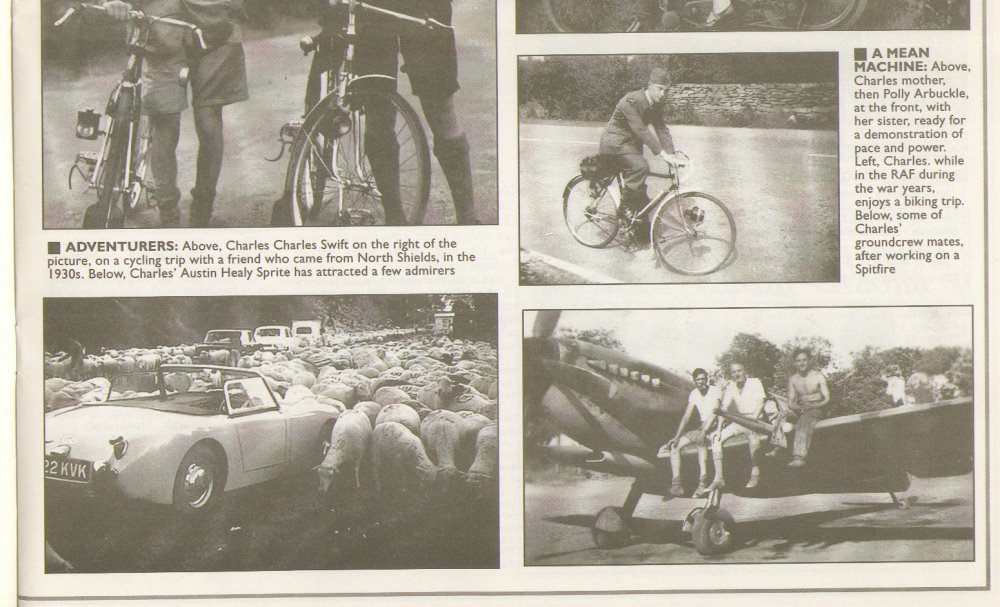 The newspaper above is from January 2007, however, when I visited Mr Swift in March 2006 he showed me the
model collection before it was sent to the RAF museum. The pictures I took in his house are below. 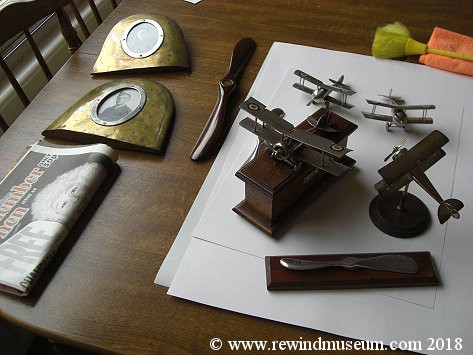 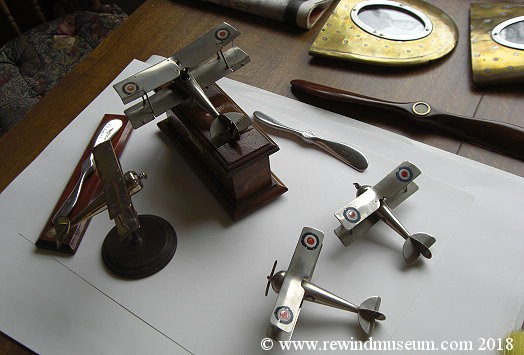 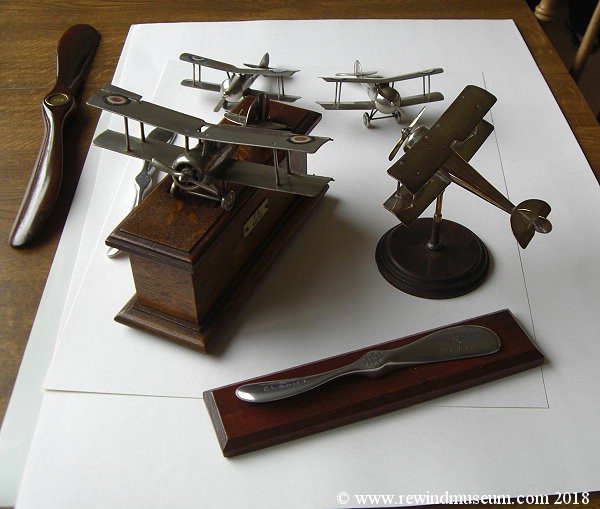 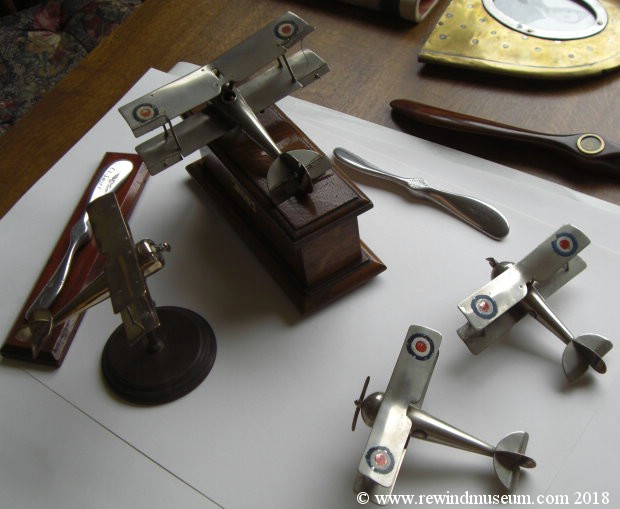