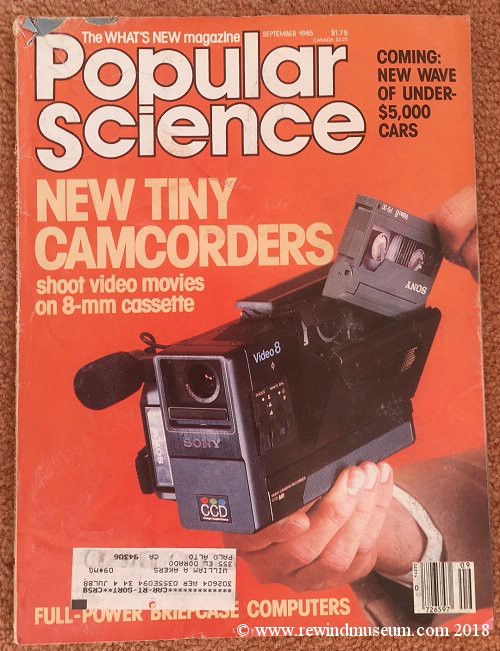 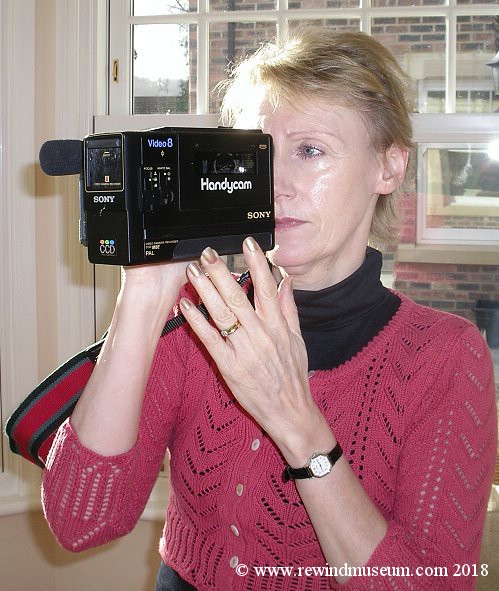 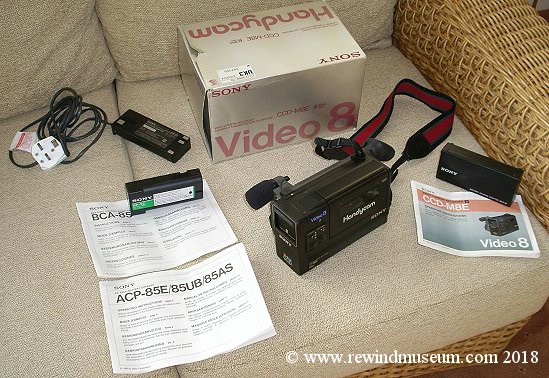 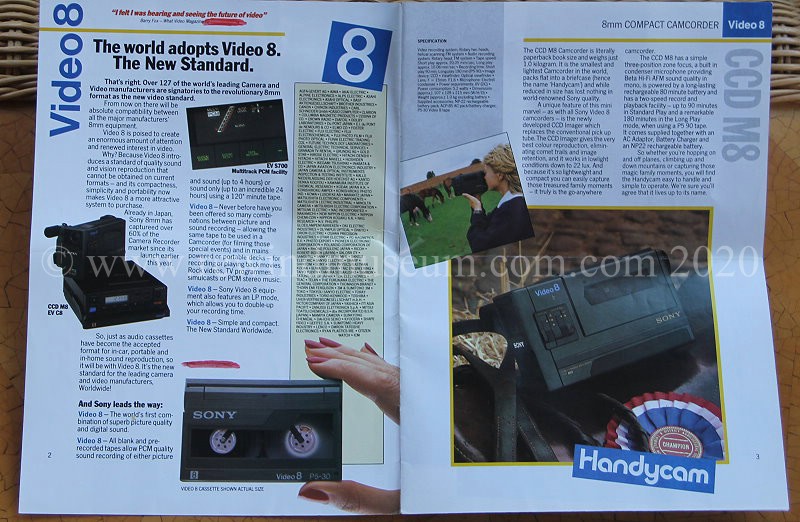 Video 8 / 8mm compact cassette Sony "Handycam".
1st small 8mm camcorder. Smallest lightest camera in the world in 1985
It is interesting to see this new light-weight camcorder announced in the Sept. 1985 issue of Popular Science Magazine.
This compact tape recording system from Sony used a video tape which was 8mm in width in a compact cassette. From
Sony's web site in 2018 -"Lightest camcorder in the world when launched, at 1.0 kg. This model is exclusively for
recording. The CCD-M8 marked the start of the Handycam series. It is significantly smaller than the CCD-V8. The lens
barrel has a sliding cover, and the grip incorporates the battery compartment. Offering convenience and simplicity
approaching a fully automatic still camera, the premier Handycam was exceptionally easy to operate with one hand"
On the history page of the Sony website it states that the CCD-V8E (below) was the worlds first 8mm camcorder,
however, the Sony CCD-M8E "Handycam" came out at the same time in 1985. 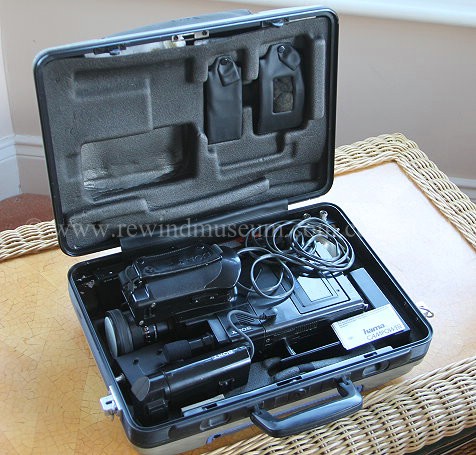 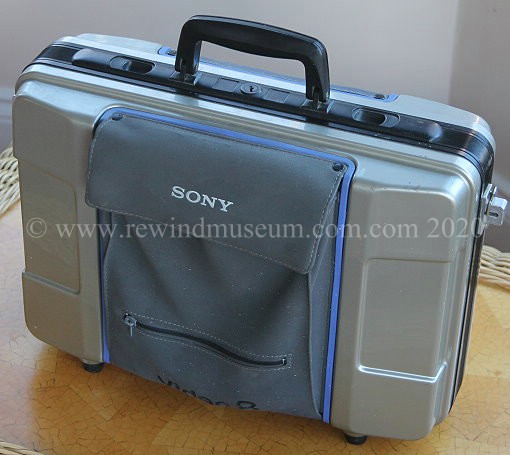 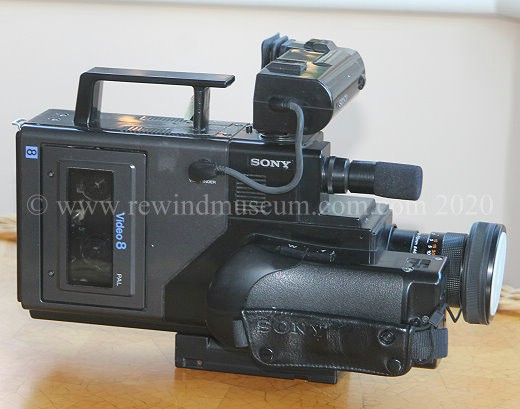 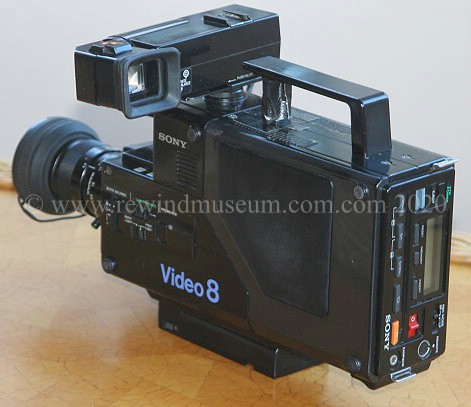 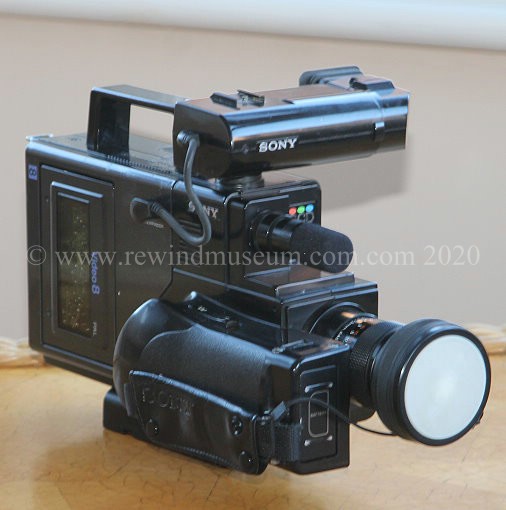 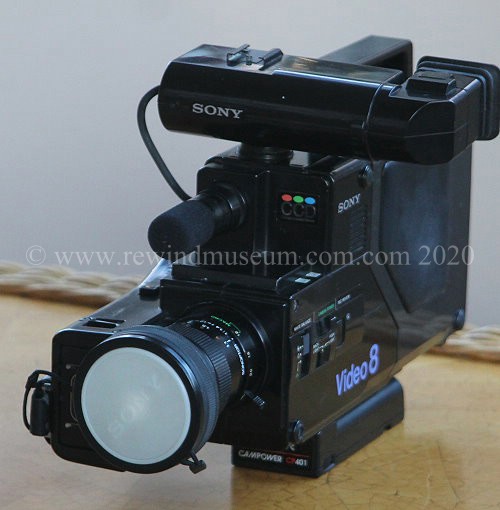 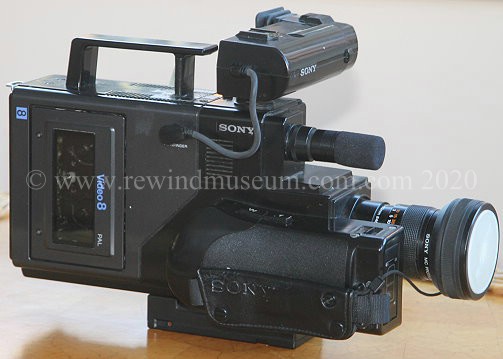 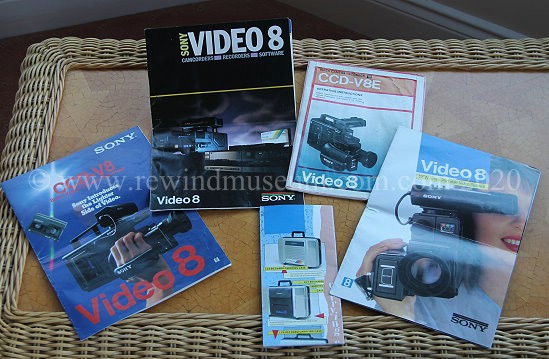 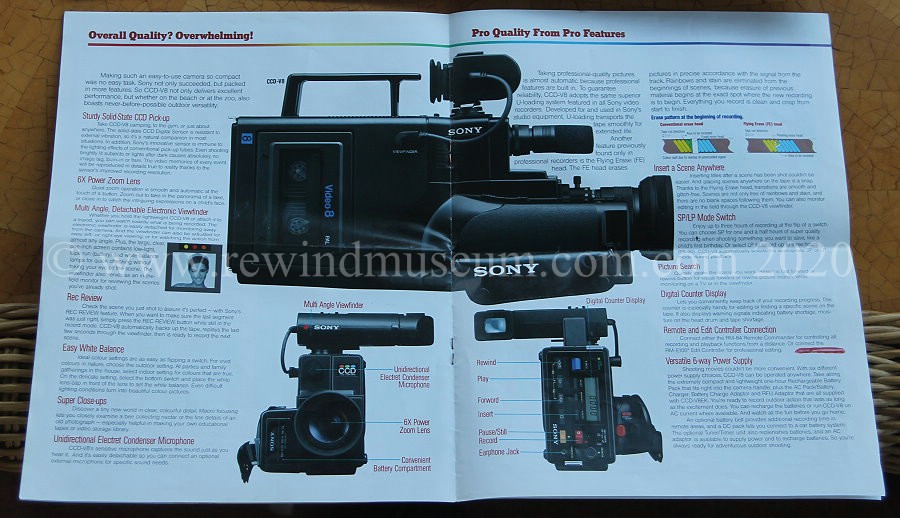 Video 8 / 8mm compact cassette Sony CCD-V8E. 1st 8mm pro-camcorder.
From the Sony website, Sony states "The first camcorder for recording on standard 8mm videotape".
This camcorder has a 250,000-pixel CCD as an imaging device, 6x zoom and a weight of only 1.97 kg
Here you can see we have a complete kit including the hard case, all accessories, manual and some retail
advertising from the time. This was a very advanced camera for 1985. The 8mm compact cassette and Sony
design resulted in a lightweight shoulder mount high quality camcorder. The pictures show the camcorder
raised a little by putting a battery underneath as a spacer but this was just to improve the pictures.
Also in 1985 the 8mm "Handycam" mini camcorder shown above was also released.
The CCD-M8E "Handycam" was the smallest camcorder in the world in 1985.