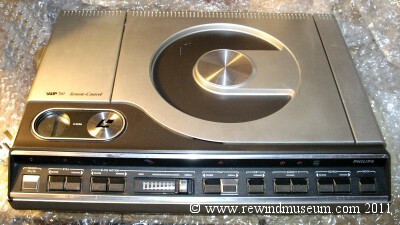 The VLP-700 was the first laser player on sale in the UK. The VLP-600 was the same unit but
without a remote control. The 700 was released in May 1982 after various problems were sorted out.
The original release date was 1980 which was revised to 1981 then 1982. The problems were both
with the player and the disc pressings. The styling of the unit has many features that match
the earlier Philips VCRs like the 1500 and 1700. Similar size, colour, rounded corners and
sloping controls at the front. Placed alongside a 1700 you would think they has been designed
together. Rounded edges, chrome trim and silver plastic are all typical of Philips in the 1970s and
early 80s. The discs were 30cm across, much bigger and much thicker than a CD. (see right hand picture
above where a disc is sitting in the platter.) The discs were used to hold films. there was both
standard and long play. Playing time was either 36 minutes a side or 55 minutes a side.
A number of trick play modes were possible. At the time, VCRs had very poor still frame and
search modes and showed noise bars but the laser disc had perfect pause and search features.
The unit above was added to the museum in Feb. 06. 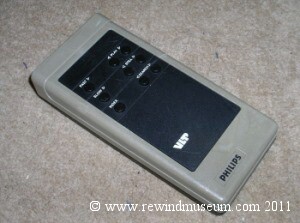 Update Nov 07. We now have the handset for this 1st laser disc player. 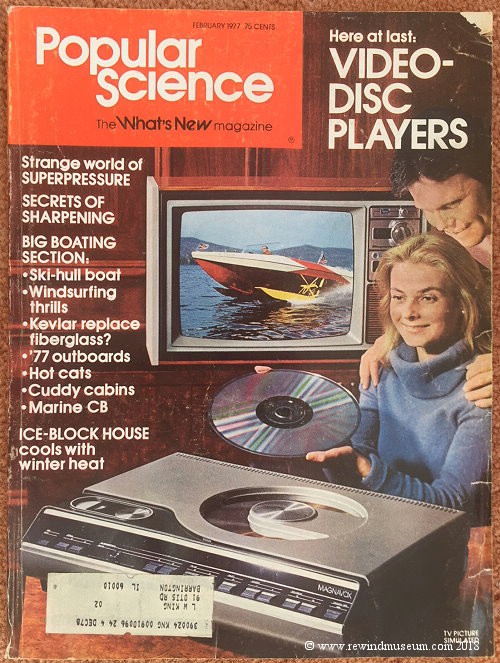 This magazine announced a number of video disc players to be launched "later in the year".
The Magnavox in the picture is clearly a clone of the Philips VLP-700. 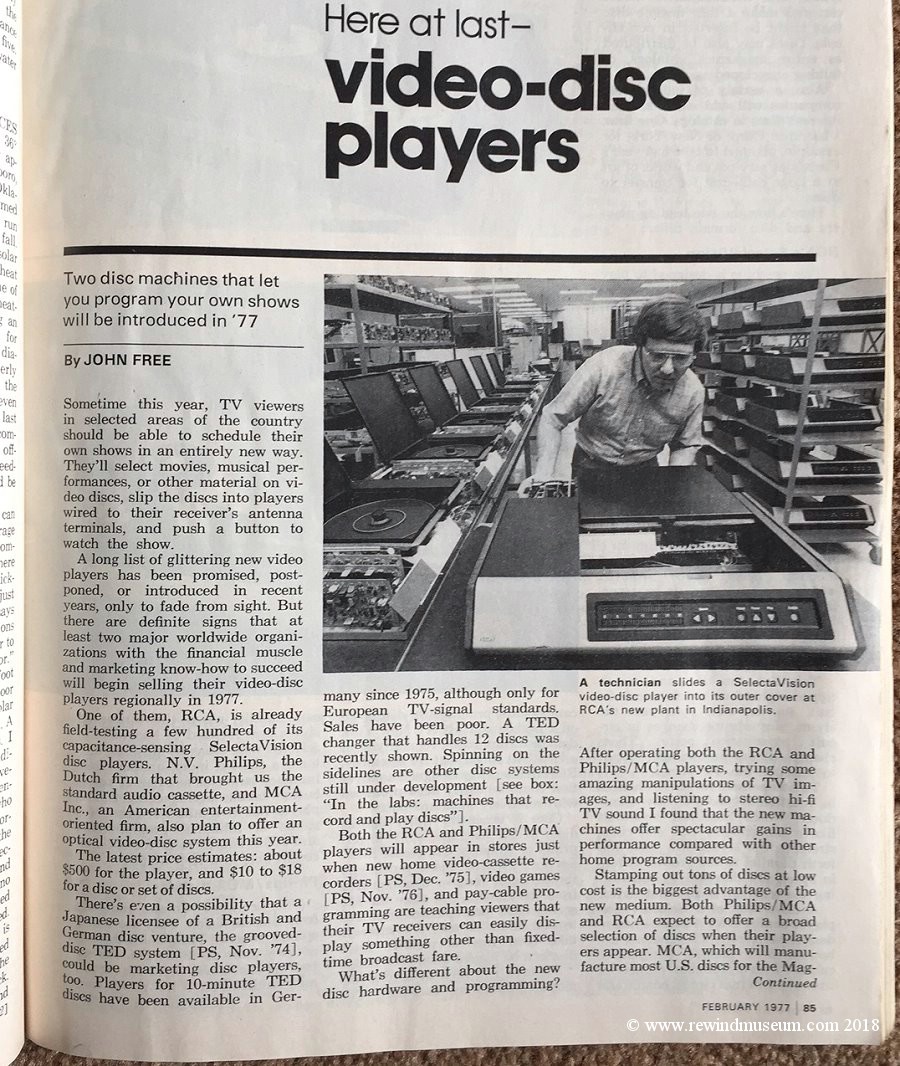 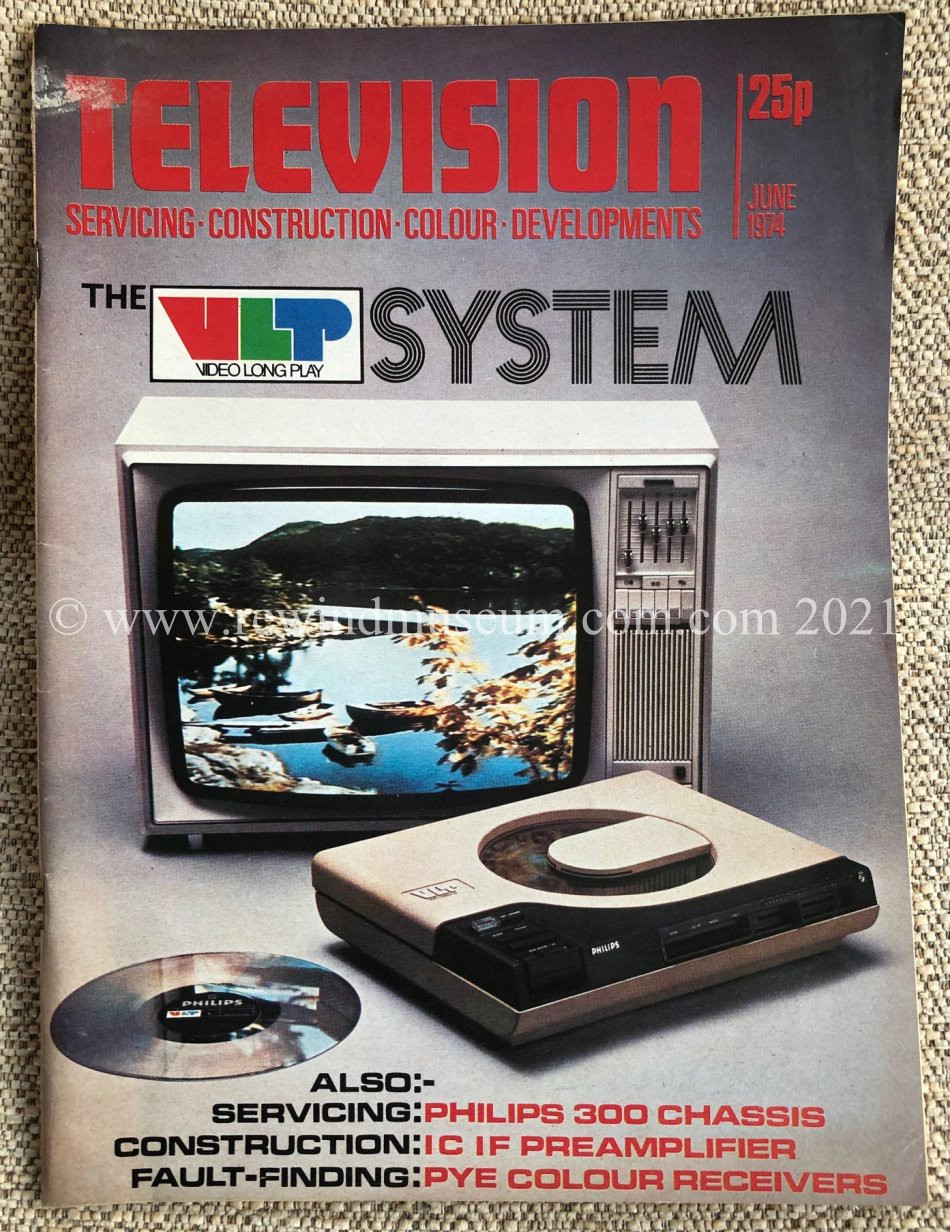