With a domain name of www.rewindmuseum.com reel to reel video is one of our
most important pages. Hope you find it interesting.

With a pair of Shibaden SV-62 E recorders, video editing would have been possible.
The right hand unit has an addition section at the bottom. This is an electronic editor.
This is a EIAJ VTR with 1/2 inch tape PAL reel video recorders
Many Shibaden reel to reel recorder were used in schools and colleges in the UK at that time. 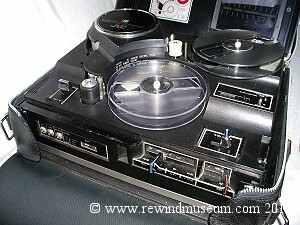 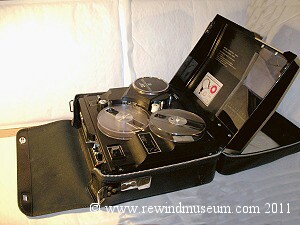 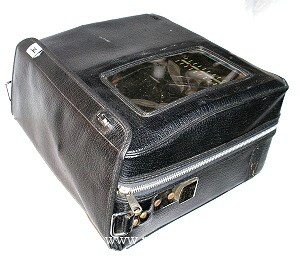 This was the last reel to reel portable ever made but it is arguably the first COLOUR domestic
portable reel to reel recorder. It is very light and indeed is muck lighter that the cassette
cassette based portables that came later.
The 1974 JVC Color Video Camera GC-4800U
Power supply and Color Unit were designed to accompany this recorder. 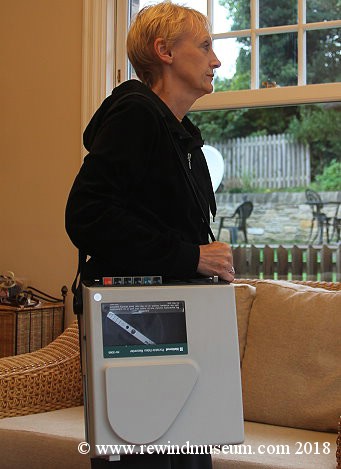 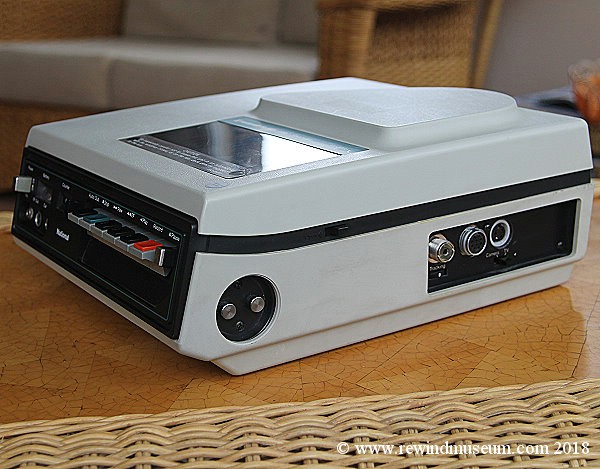 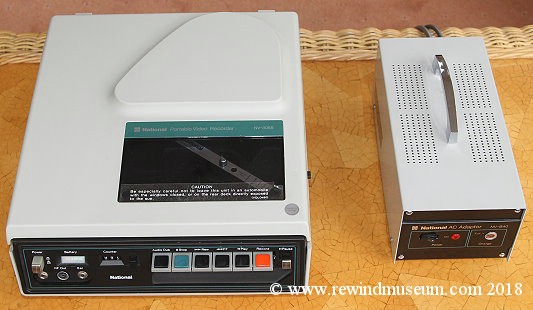 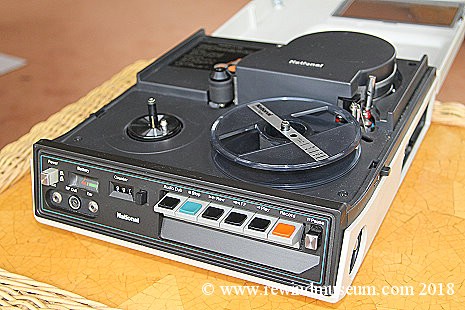 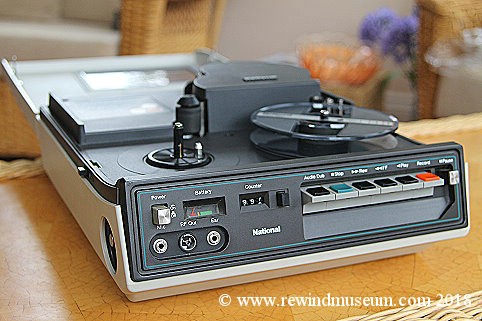 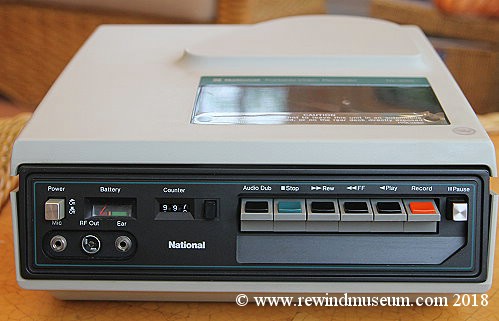 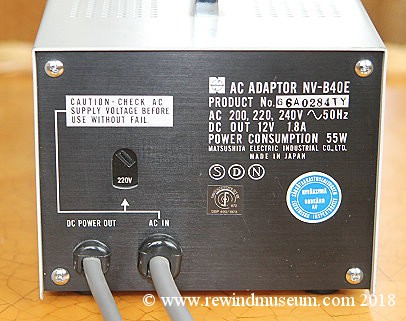 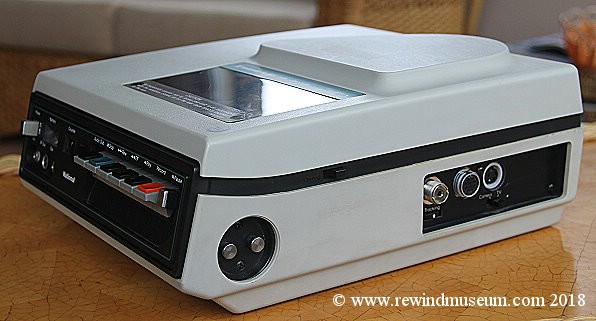 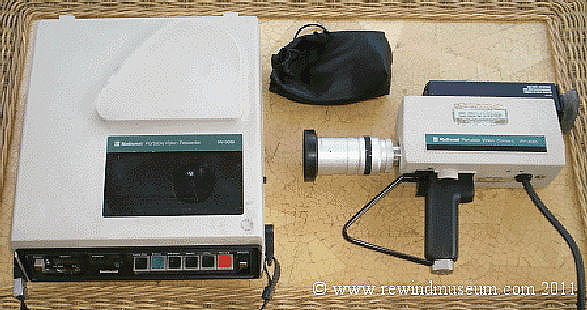 This kit comes with the WV-3085 colour camera and optional adapter.
This is a very neat compact unit. Probably one of the last reel to reel portables as soon they were
replaced with video cassette portables (1978). That being said, the first video cassette portables
were quite a bit larger and heavier than this unit. The camera is in it's original packaging.
There is also a leather case (not shown) for the VTR ut the condition on the case is poor.
This would have been Panasonics colour capable portable - similar to the JVC 4800
above - both units produced at about the same time.

Sony AV-5000A (non-standard) Colour EIAJ reel to reel video recorder. This could be classed as one of
Sony's big mistakes! Sony decided to release this unit using an early version of the EIAJ standard.
They were sure that their version of the standard would become an industry standard. The final
standard was different and owners of the 5000 could only use their tapes on their own machine or
other 5000s. An AV 5000A was also released with some improvements but this is an original 5000.
It is a rare VTR and we are very pleased to have it in the museum. 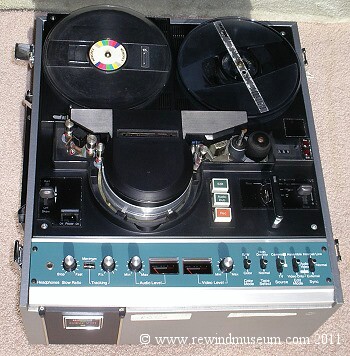 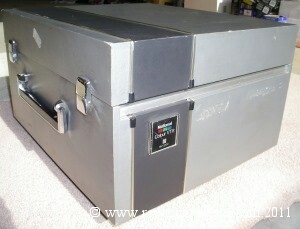 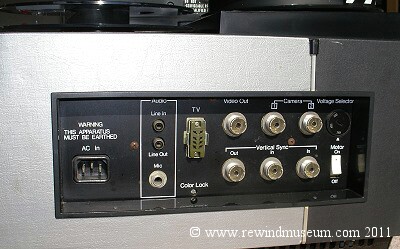 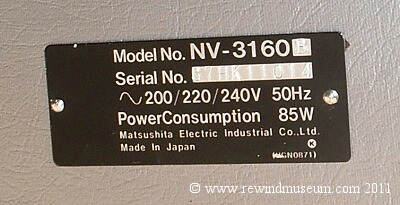 Panasonic NV-3160 Colour Editing EIAJ reel to reel video recorder. Recording was possible with
black and white or colour footage. This unit has input selection for two cameras and a TV receiver
monitor. Big heavy and no doubt expensive but a very high quality piece of kit.