The museum on tour.

Rewind Museum has loaned a number of old satellite receivers (with knobs on) from 1985 to
the National Media Museum for an exhibition starting at the end of Nov 2009 and running through 2010. 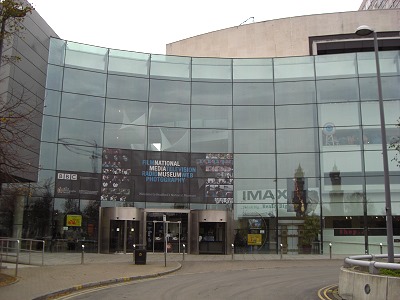 If you are visiting this museum, here are some of the exhibits you would see. 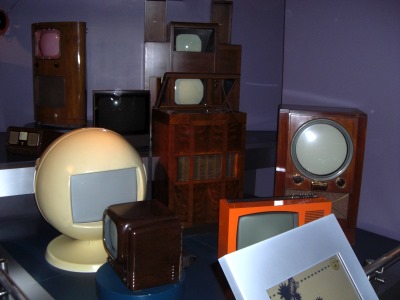 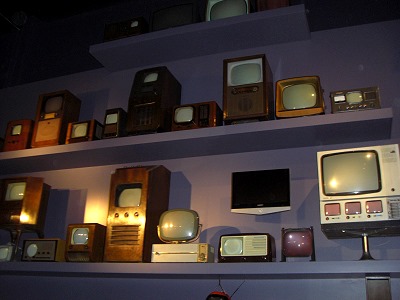 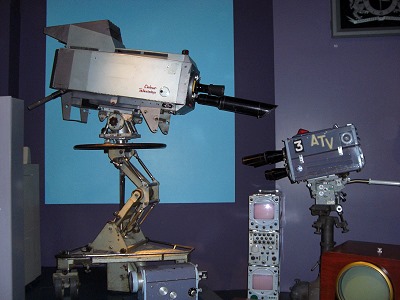 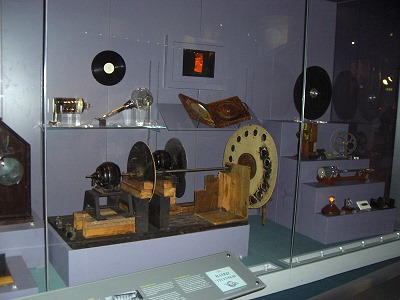 Sony needed some pictures of some of their own historic video recorders to use in seminars
as part of a training roadshow to train their staff. An independent company is commissioned
to video the exhibits against a green screen. They visit Rewind Museum to do the filming
and we supply a number of items from the collection including the Sony Vo1600, Vo1000
with TT100 timer, TCV-2010 reel to reel video recorders and Sony CVC-2000 camera. 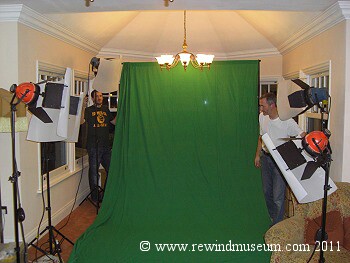 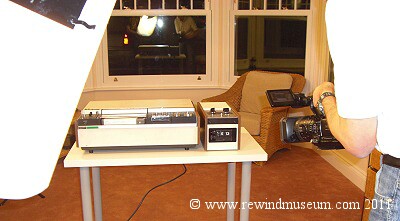 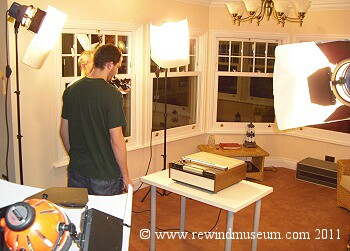 The IOV show at Stoneleigh Park, Coventry on the 18th and 19th October 06 where we
were displaying reel to reel video recorders and early video cameras from 1963 to 1975

The show was most enjoyable as we met some very interesting people.
These included -
Two people who used to work for the BBC and they said that the 1955/56 Ekco TMB 272
portable TV was used by the BBC in large numbers as monitor TV sets in the late 1950s.
They said presenters used them so they could see themselves on camera and check
everything was OK.
One visitor said they used to sell the Ampex CC-452 TV camera in the late 1960s.
Another said the used to work at the Ampex factory in the UK.
A number of visitors said they used to use the Sony DX 1200 camera
and a number of visitors remembered using the Sony Rover 3400 in many
locations around the world.
Others remembered the Shibaden reel to reel units, but the earlier black and white
units, not the colour SV-620 E on show.
Younger visitors did not remember any of the reel to reel units but were still interested in them.

We also had the reps round from the JVC and Panasonic stands looking at the kit they used to sell.
As usual we were very well looked after by the IOV. It was an excellent event.
Hope to see you all next year when we will be taking early cassette based units. 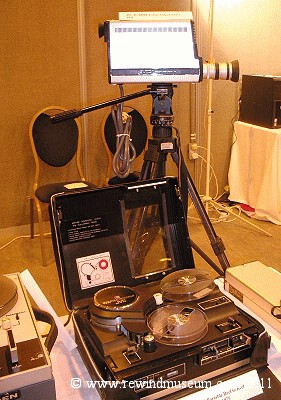 Once a year we take a selection of items from the museum to the Institute of Videography's
annual show. We take what we can squeeze into the VAN. Usually enough for a large stand of our
own. You will see below a set of photographs from the 2003 show.
In addition to our stand, all of the big manufacturers like JVC, Panasonic etc. will be
showing their latest semi professional and broadcast cameras, recording equipment, editing
equipment cameras etc. Check out details at www.iov.co.uk 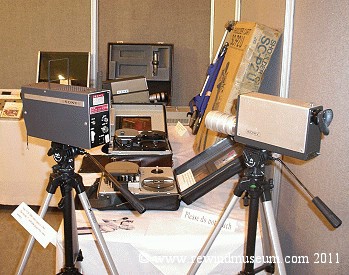 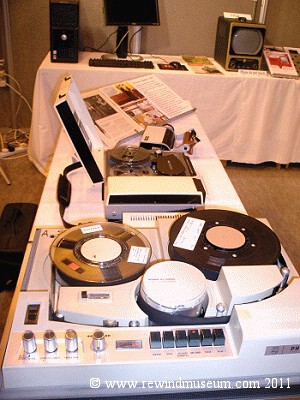 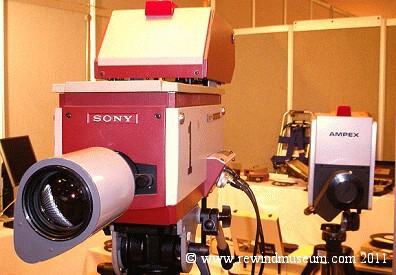 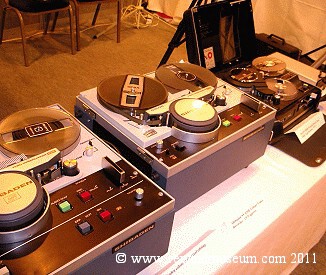