Buy a post war car for fifty quid!
Could you drive at 100mph. Check your speed rating! 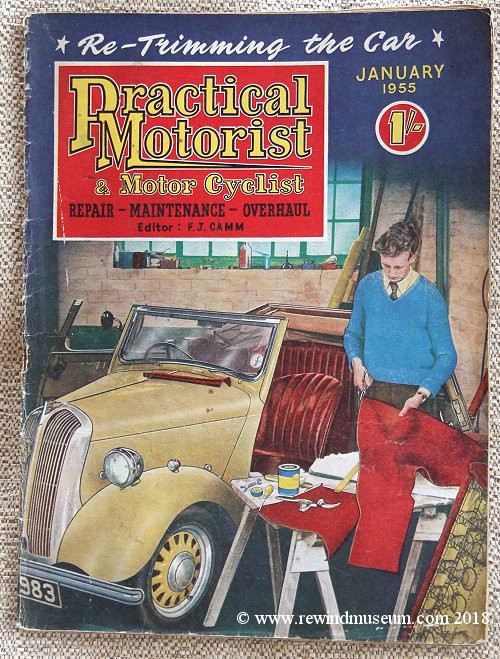 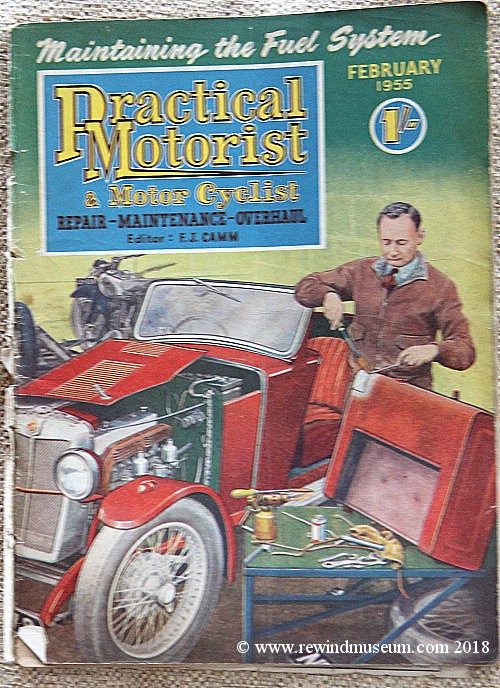 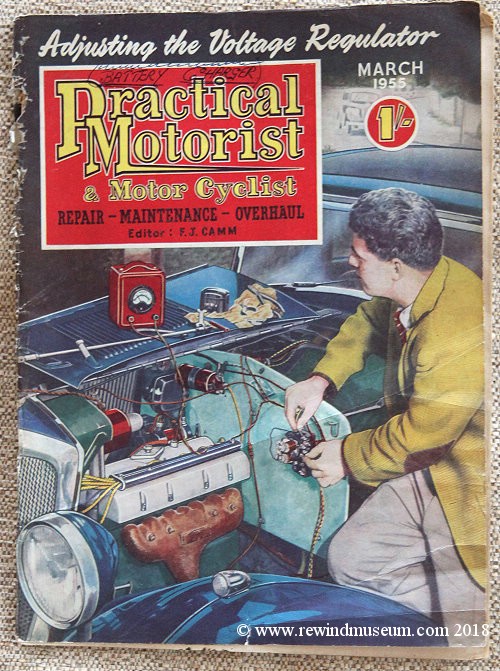 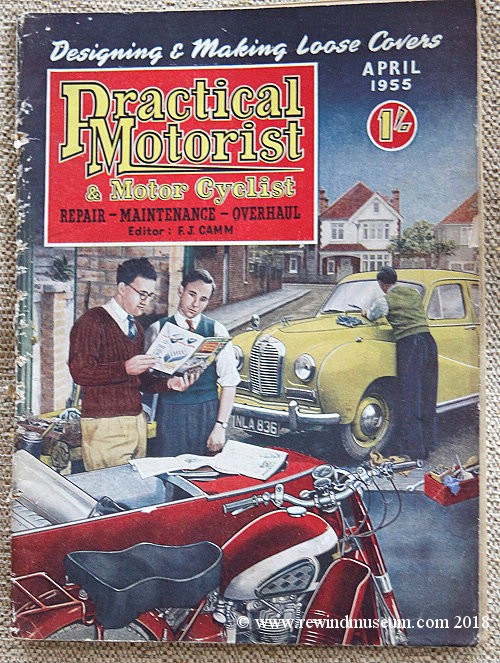 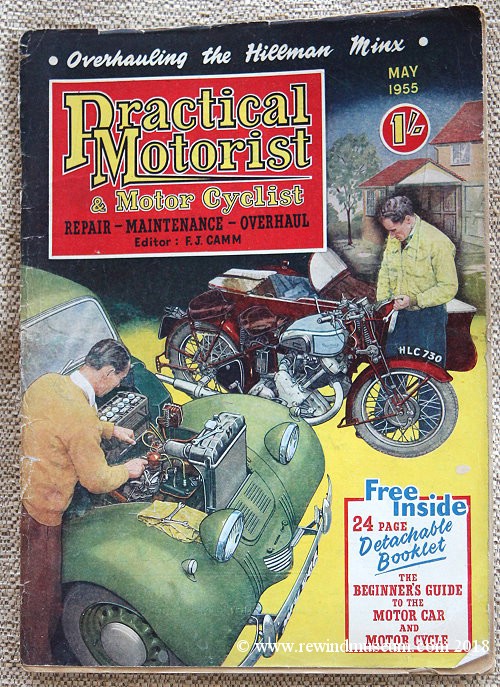 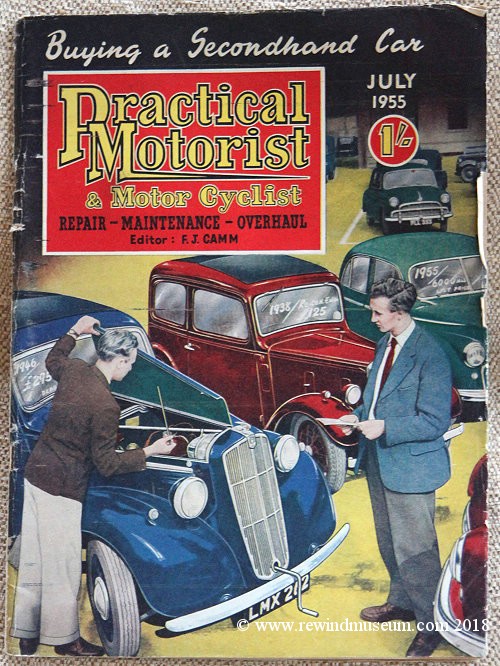 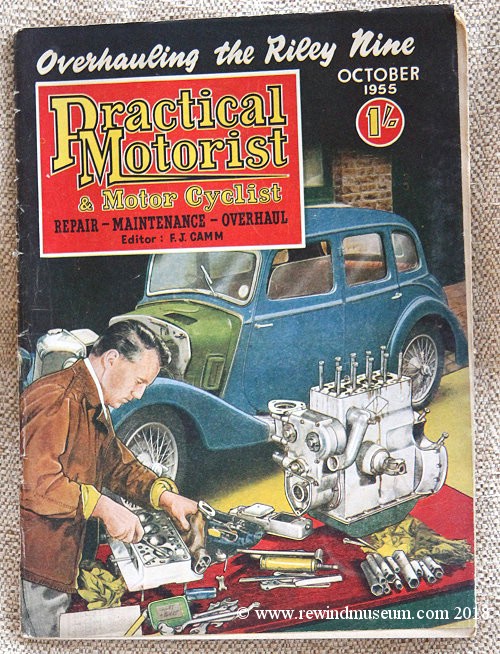 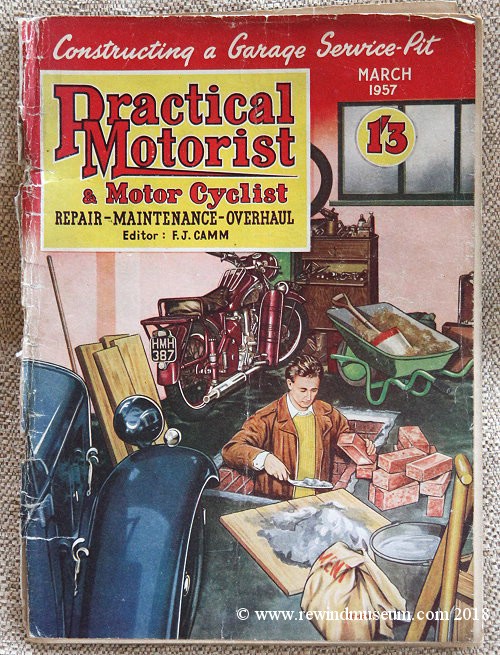 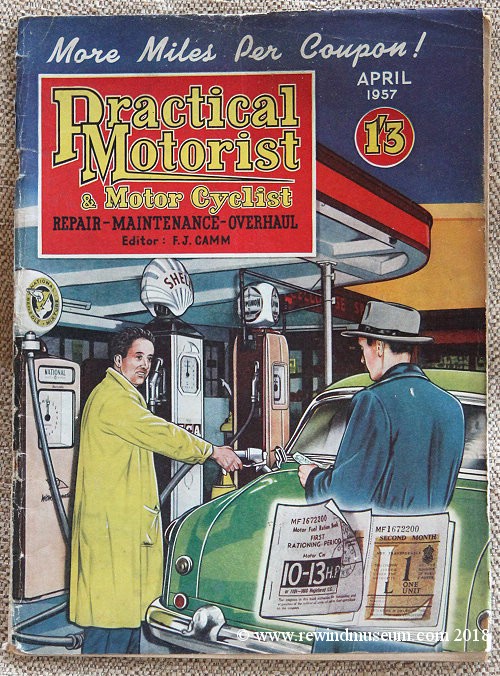 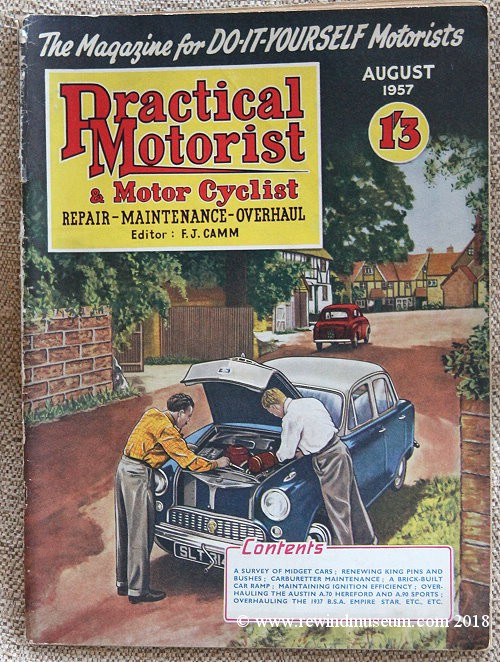 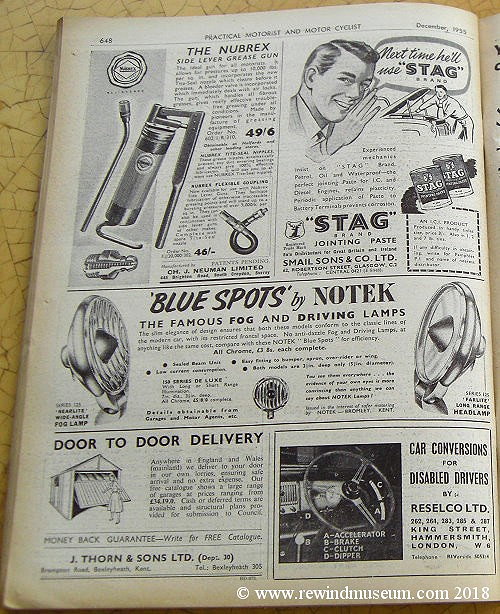 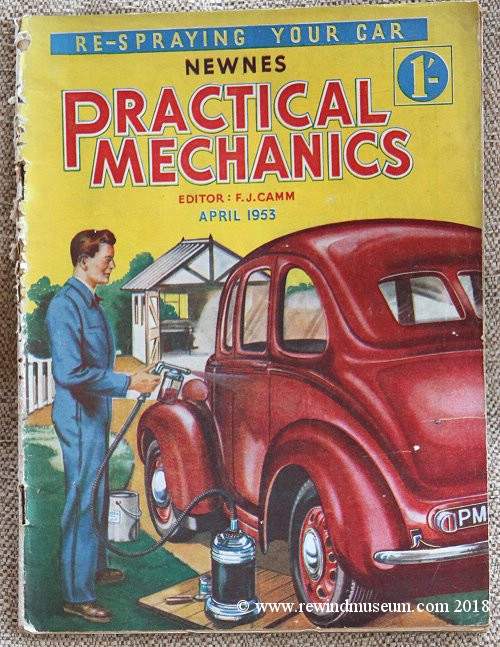 From the same publisher as Practical Motorist above, this is Practical Mechanics. Also the same editor : F.J.CAMM.
A very similar type of attractive front cover but this magazine is about more than just cars.
Indeed the contents are varied and more like a science and technology publication. Subjects covered in the issue -
Building a periscope, building a sand yacht, making an electric guitar, helicopters, telescopes, new steam trains ... 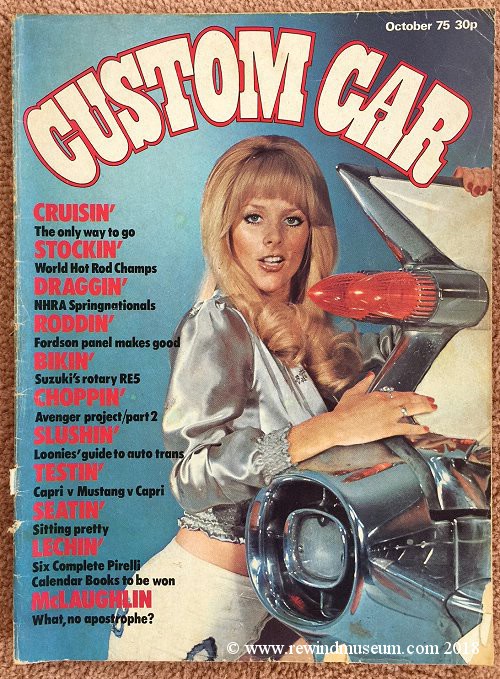 I purchased this magazine in 1975. My interest in American cars goes back to when I was very young.
The front of the magazine shows the tail fin of a 1959 Cadillac Eldorado. The fins of the 1950
reached their zenith in 1959. Cadillac had the highest fins at 42 inches and Chevrolet had the
widest in the 59 Impala. By 1960 fashions had changed and the fins started to disappear. One
company in 1960, Plymouth did not realise and in 1960 the Plymouth Fury still had high tail
fins. This car was made famous in the film "In the Heat of the Night" Staring Sidney Poitier.
There was a car chase when he was chased by "the bad guys" who were driving a 1960 Fury.

Excellent cartoon type, typically early 60s picture on the front of this magazine. 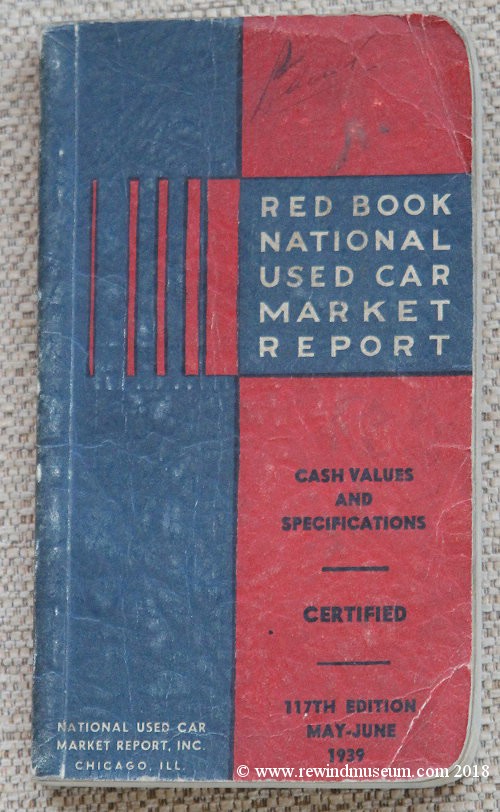 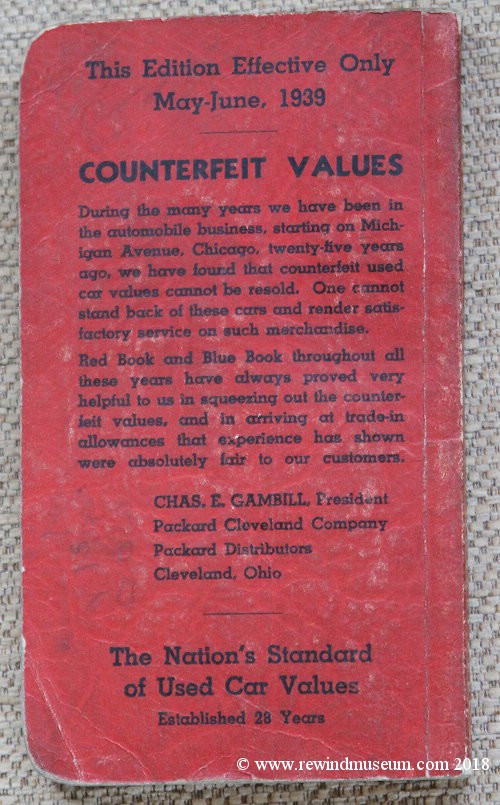 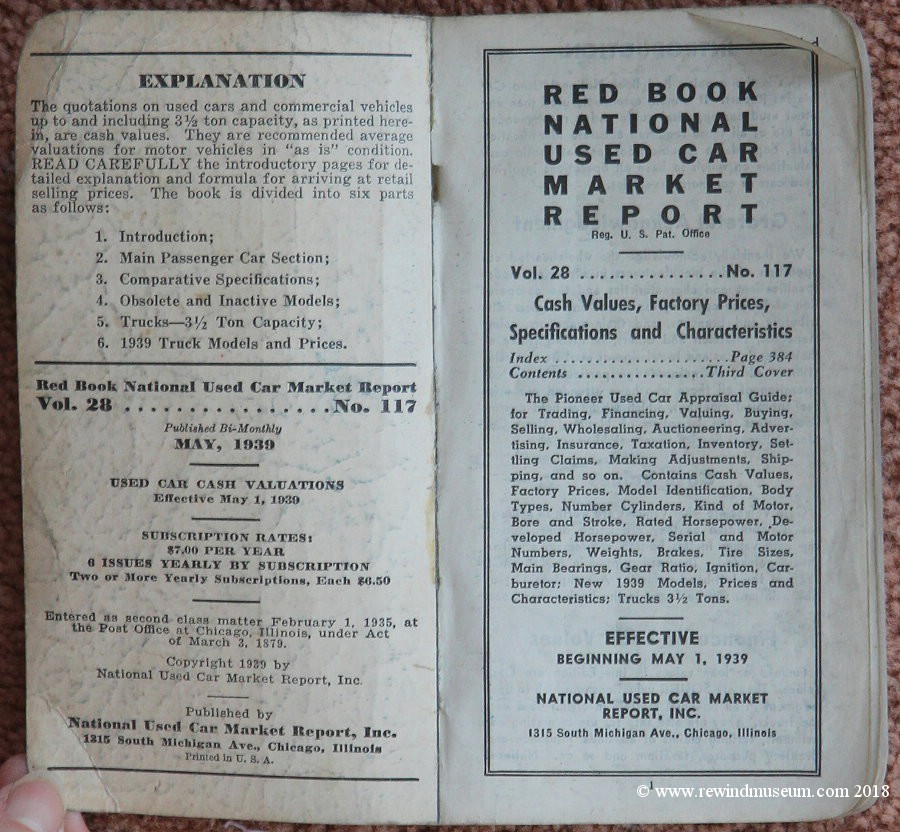 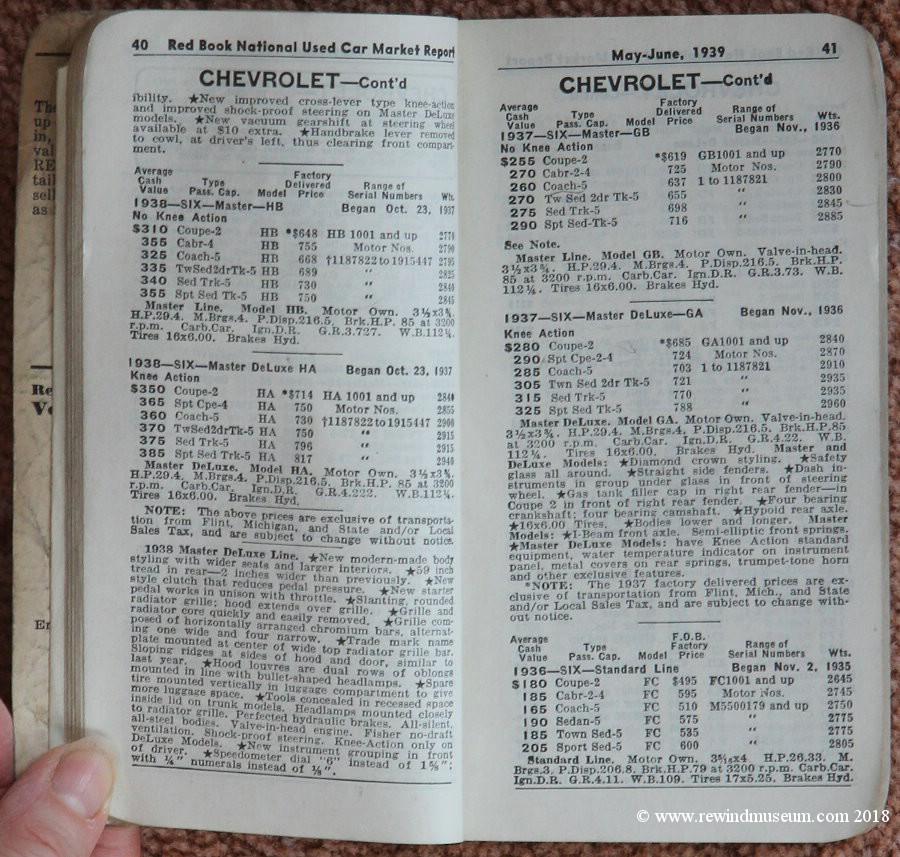 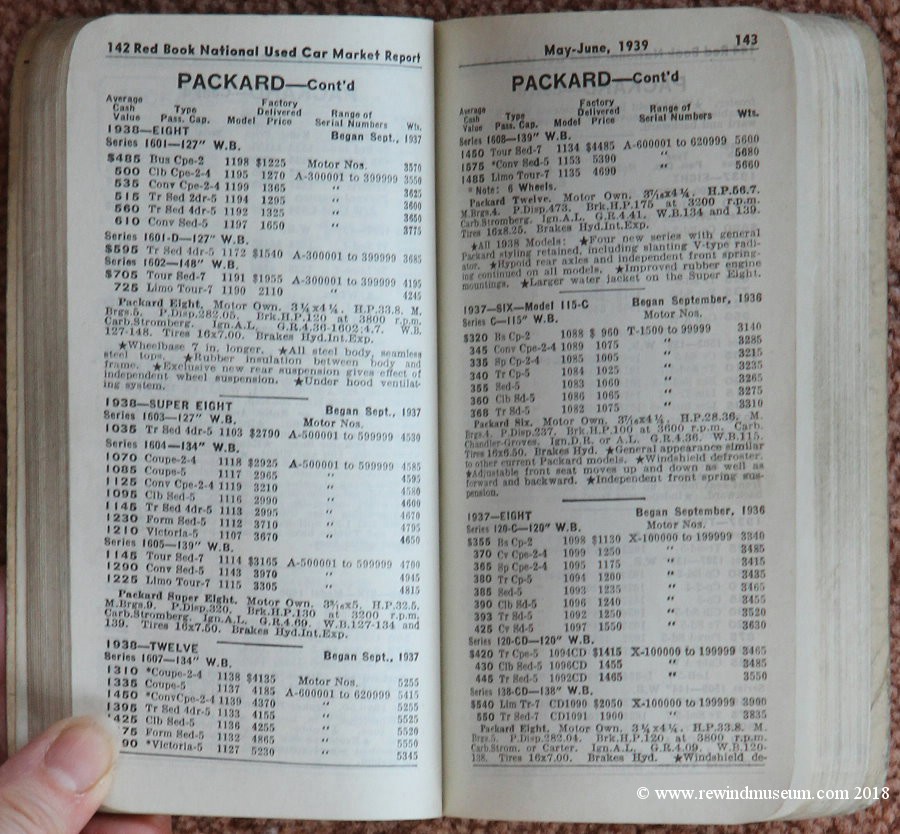 These days it seems to be mainly the blue book people use to find used car valuations but some countries
use a red book. This one is from 1929 and so all cars listed are pre-1929. Published in Chicago, USA

Who's Who at the Motor and Equiment Association show. 1929. 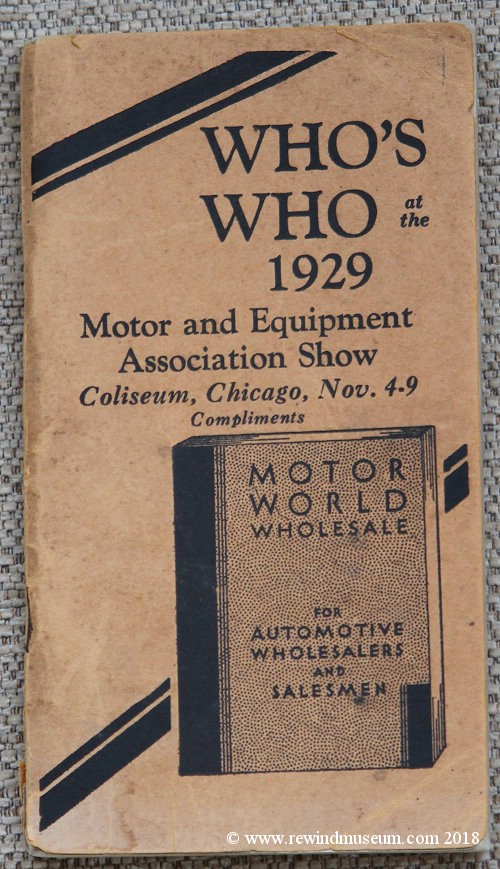 This is a show guide for the Motor Association Show at the Coliseum, Chicago, USA from Nov.4-9 1929.
Maybe the modern equivalent would be the SEMA show in Las Vegas? 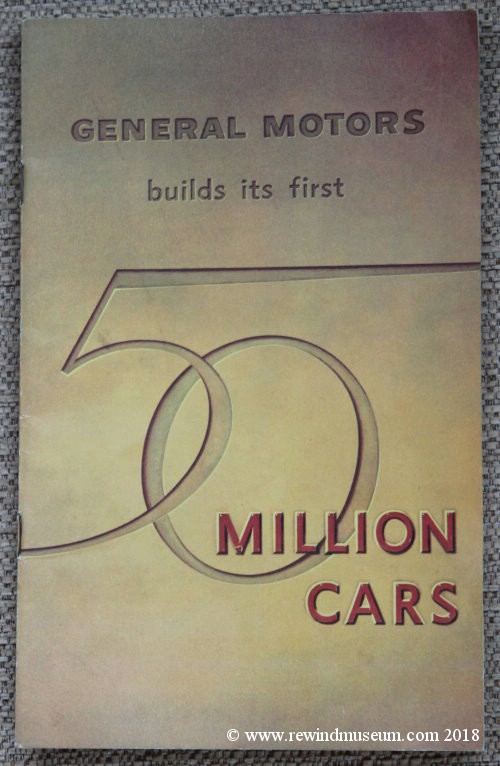 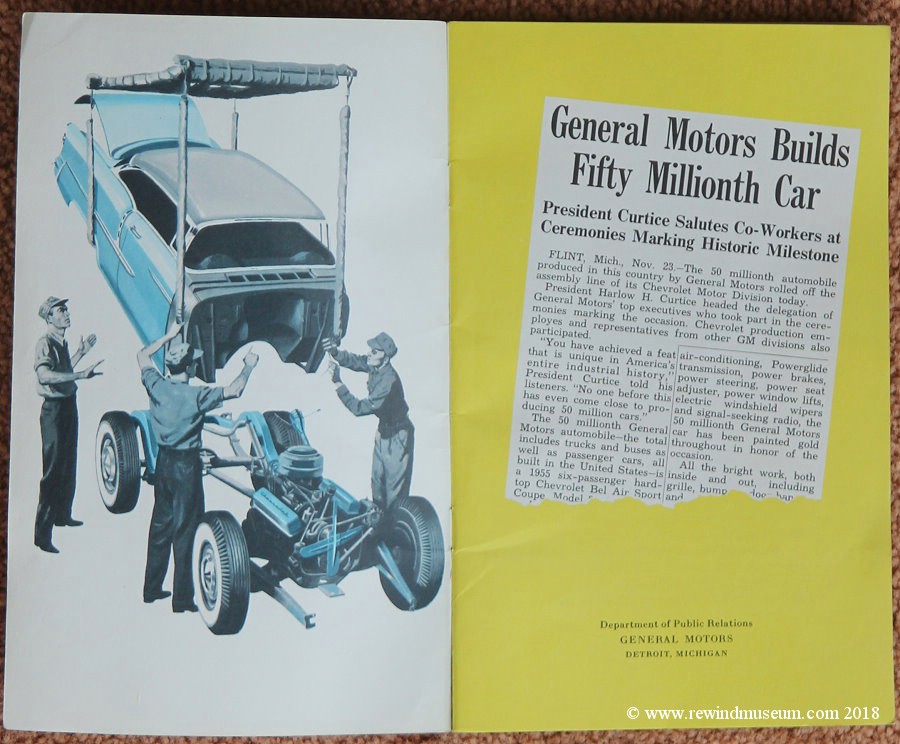 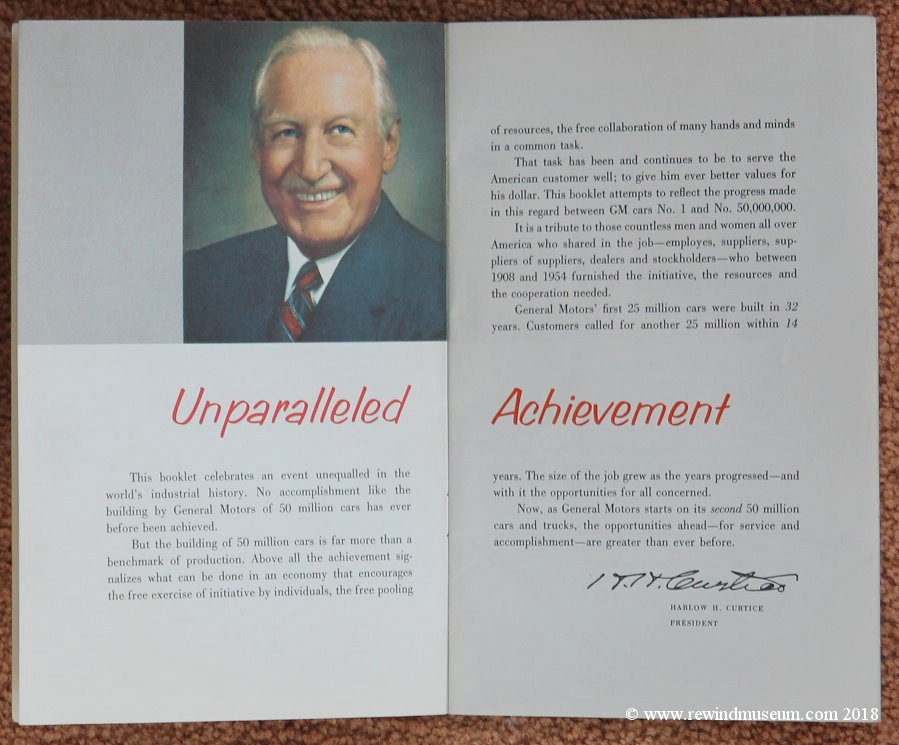 In 2011 GM announced it had built 100 million small block Chevy engines. The most production of any engine in history.

Our oldest publication including an advert for the "Gibbons Cyclecar". 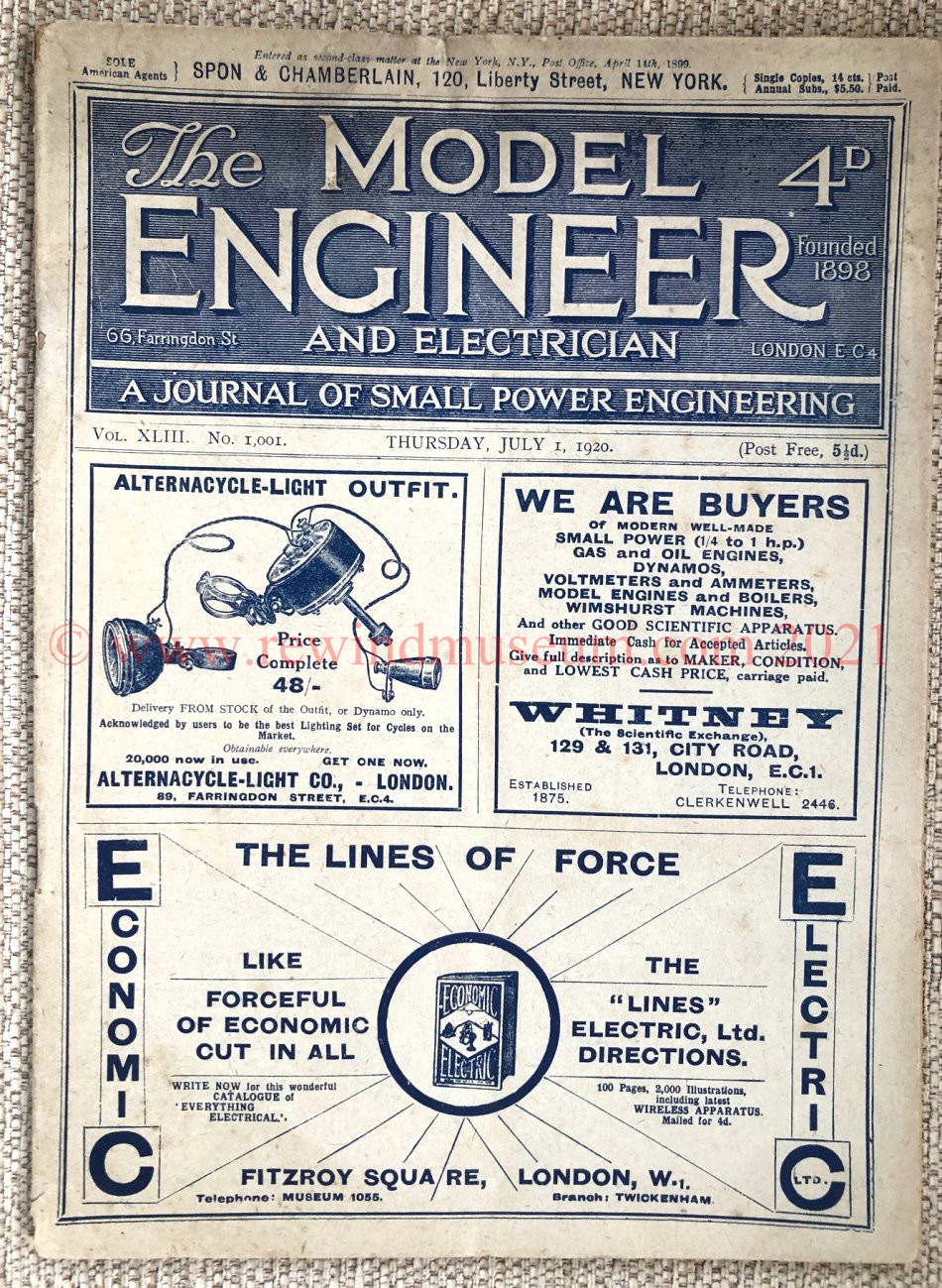 Below you can see adverts from this magazine and one if for a built it yourself car. 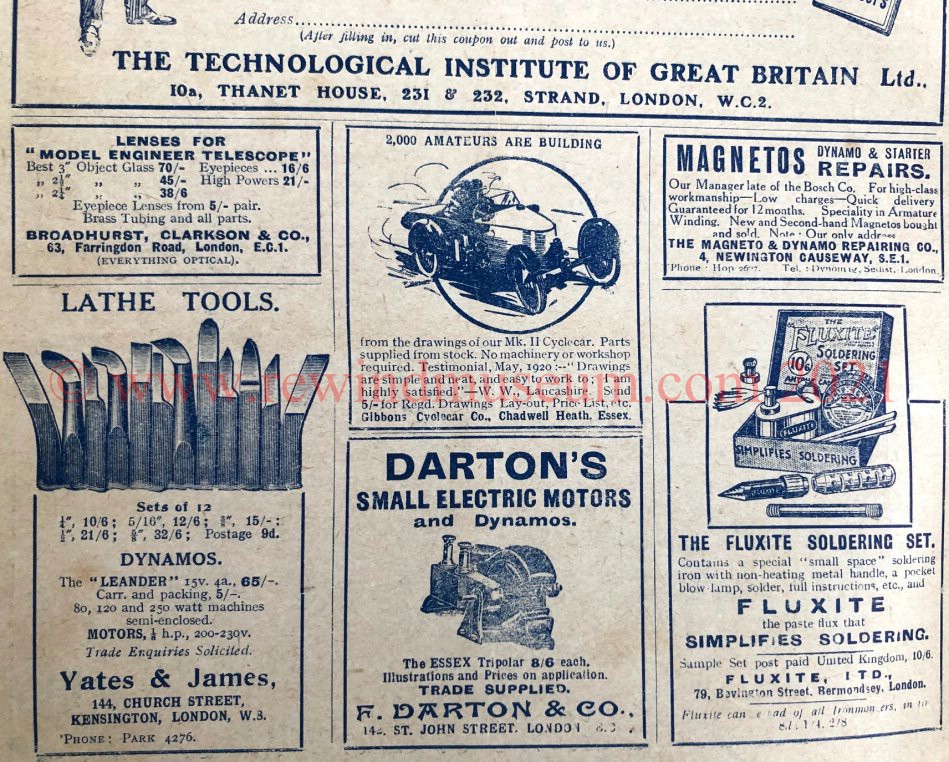 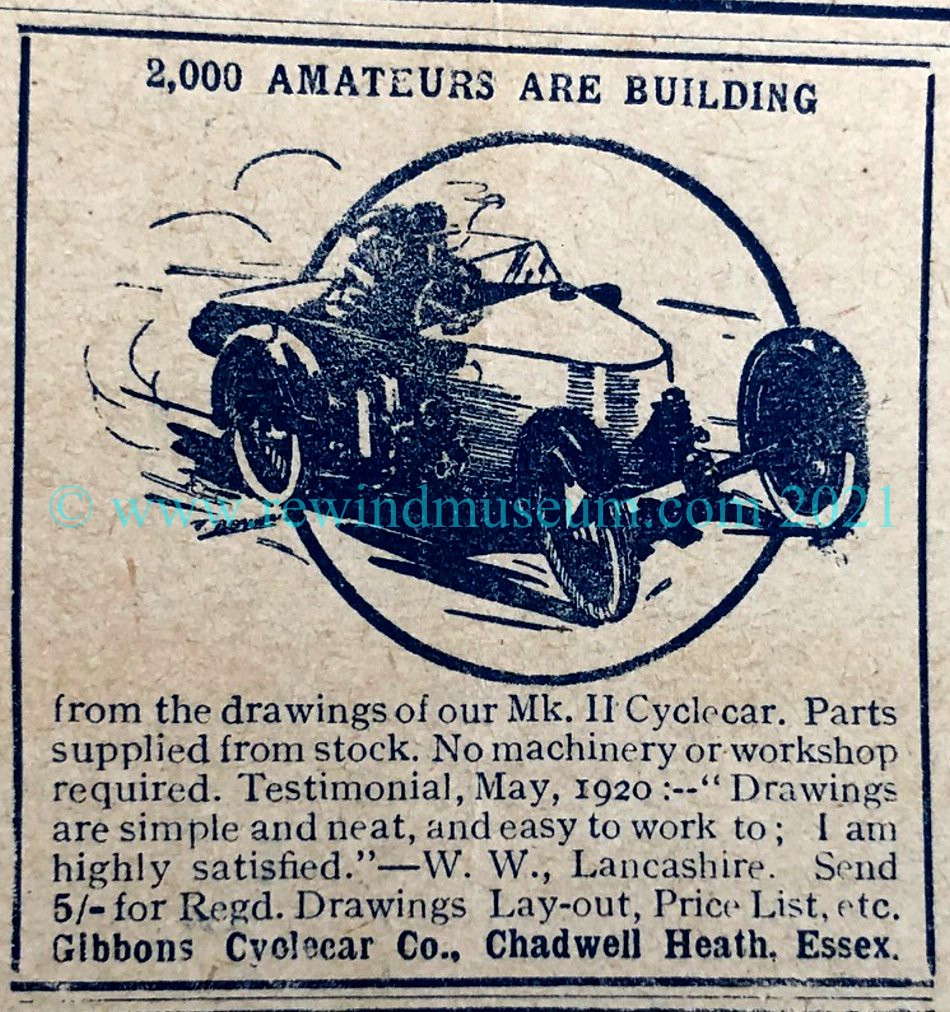 This advert in this 1920 publication is for a build-it-yourself "Cyclecar" from Gibbons Cyclecar Co. Chadwell Heath,
Essex in the U.K. Gibbons produced 4 wheeled "Cyclecars" from 1917 to 1929. In July 1920 it was the Mk II
as shown in this advert but later there was a Mk III and a Mk IV. The Early cars used a single cylinder
4hp 4-stroke engine. Later cars had twin piston engines. The 2 speed gears drove the rear wheels using
belts. The bodywork was made of plywood. A chain drive replaced belts from 1925.
You could buy a complete kit or just buy a set of plans (Price - 5 shillings - &pound0.25) and various parts.
Out of the 2000+ Gibbons Cyclecars built it is believed 1 survives today.
A number of manufacturers sold "Cyclecars" kits at this time. they were popular from 1910 to 1925 and
this was because cars, which were hand-built at this time, were very expensive. This was a low cost
way of owning a car. When cars were mass produced in the mid to late 20s and were therefore much
cheaper, this resulted in the end for the build-it-yourself "Cyclecar" kit.

See the August 1920 issue of "The Model Engineer" magazine here.