Scroll down for information about DER (Domestic Electrical Rentals). 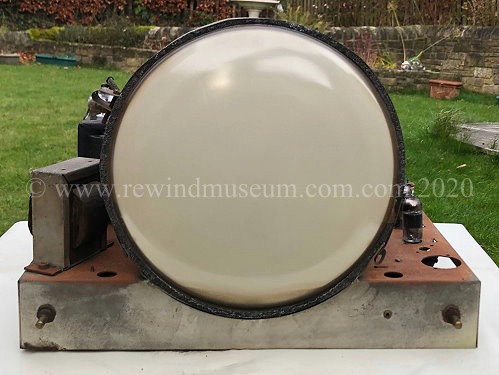 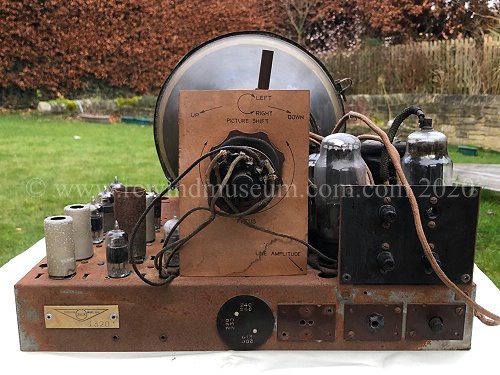 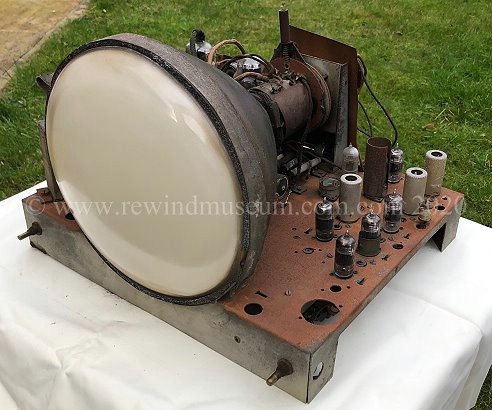 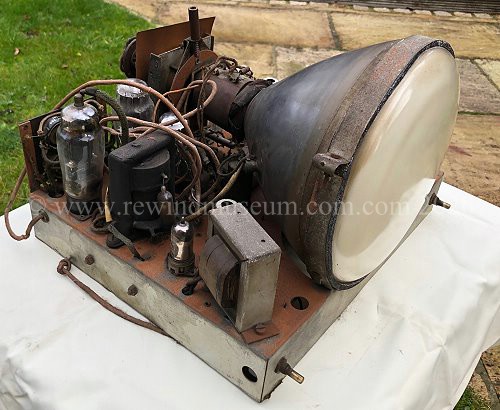 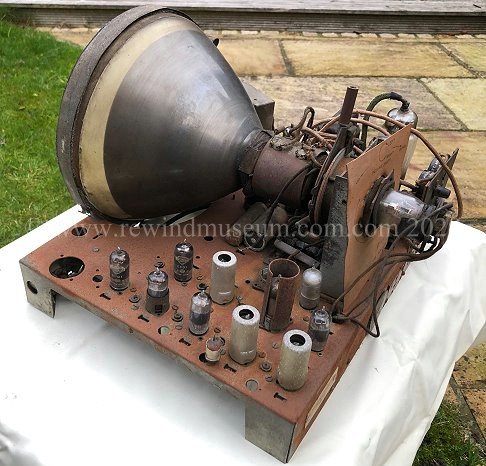 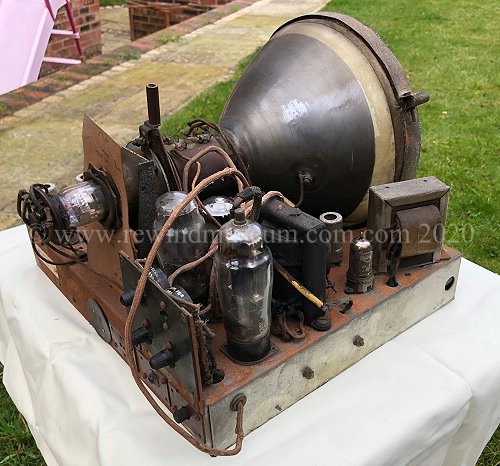 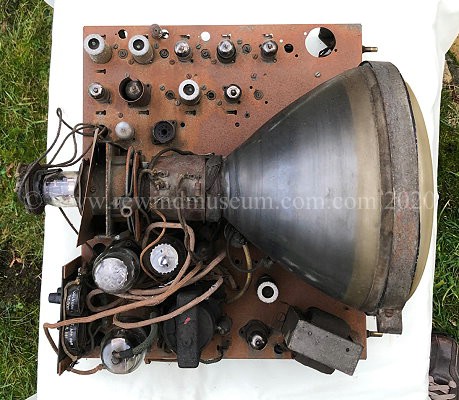 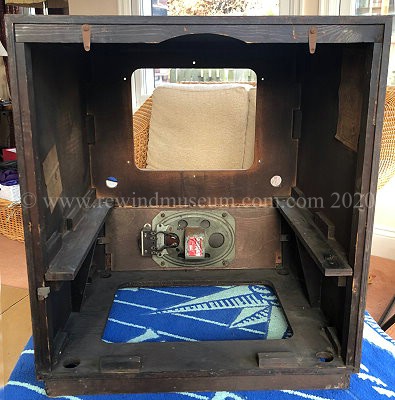 Thorn built this television for Domestic Television Rentals. DER. Unlike the Ferguson, the speaker was below the chassis. 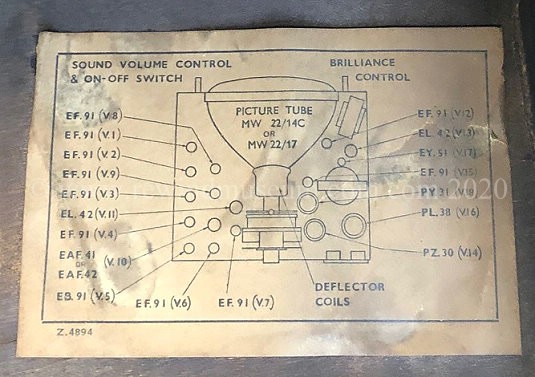 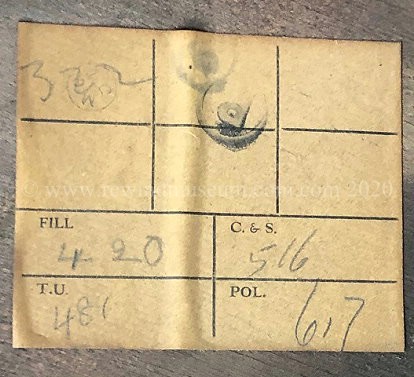 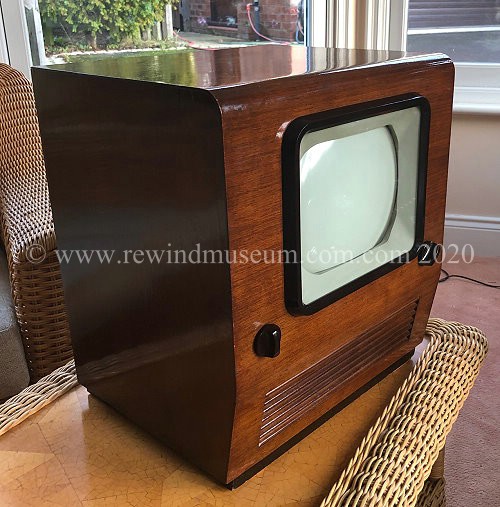 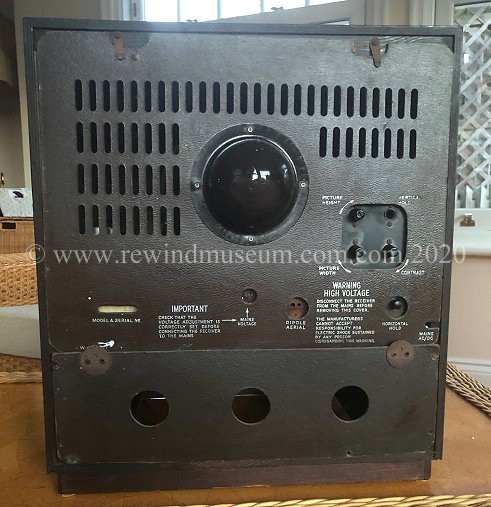 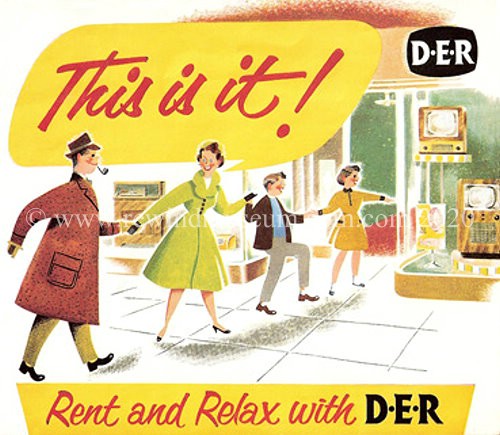 DER or Domestic Electrical Rentals was a TV and Radio rental company set up by "Thorn Electrical Industries Ltd" in 1939.
Radios and the early television receivers were rented throughout the Greater London area. The TV transmissions came
from the "Alexandra Palace" transmitter in London. They used a 405 line scanning system and the early sets like this
Model 303 had a single channel VHF band tuner for the reception of the BBC. The DER head office was in Apex House,
Twickenham Road, Feltham, in Greater London (9 miles from the centre of London). "Apex Corner" was named after Apex
House which was demolished. Thorn was the manufacturer, Ferguson was the retail brand name and DER was the rental
company. DER had only 1 shop from 1939 to 1947. By 1954 it had 10 branches. It would be a fair assumption that it
had between 1 and 3 outlets in 1949 at the time this DER Model 303 TV in our museum was offered to customers.
By 1968 there were almost 400 shops. In the 1980s it was clear the rental market was declining, mainly due to the
reliability of new sets. Curiously DER did not stock Ferguson TVs for rental. They used the DER brand name and
their own model numbers. Indeed the TVs were not even exact Ferguson clones. They had the same Thorn chassis
inside but the cabinet was designed for DER and many looked quite different. For example, the 1949 Model 303
in the museum and shown above had the speaker located below the chassis rather than on the left hand side on the
Ferguson 941T. The Ferguson can be seen on the "Radio Museum" web site. It is interesting that the picture of the
Ferguson on the "Science & Society" website shows the speaker on the wrong side. The picture has been incorrectly
laterally inverted. It was common for people to rent TVs in those early days due to the cost of servicing, the cost
of parts, especially the high cost of the CRT (Cathode Ray Tube or picture tube) and the fact that early sets were
not very reliable. DER had their own servicing department and eventually a fleet of vans for house repair calls.
Servicing, labour and parts were all covered by the weekly rental charges. After a while the set could be
upgraded to a later improved model. The price of post war TVs could be equivalent to 4 weeks wages and so
renting a set was a good option for many people. By the mid 1970s sets were cheaper but rental prices
were also low. In 1975 a DER 17-inch compact TV had a weekly rental of about &pound1.20 per week
and a luxury 26-inch TV about &pound2.00 per week all inclusive of servicing.
In the picture below, on the shop door you can see a price of "25 shillings" which is &pound1.25 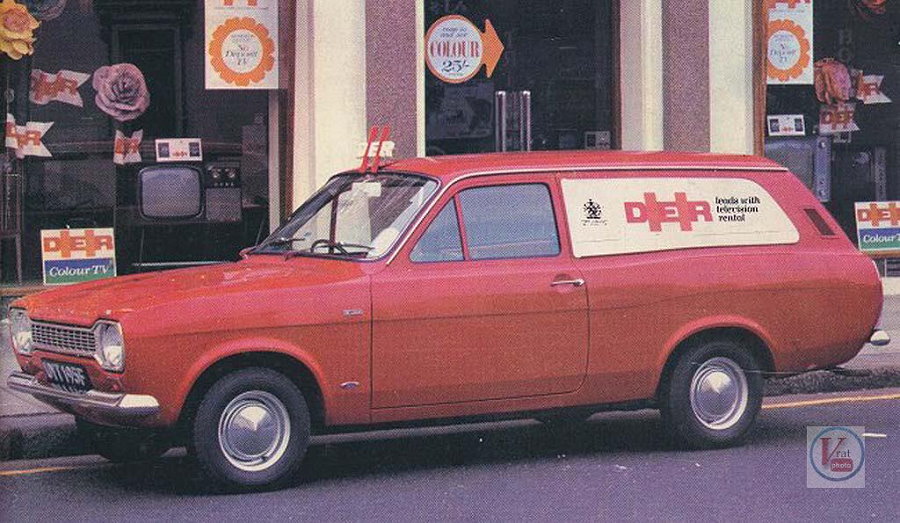 The picture above of a DER (1967/68 Mk1 Ford Escort) van in front of a DER shop has been included with the kind permission
of the Admin/Founder of "Radios-TV". The picture is from a 1975 DER colour TV brochure. You can click on the
picture above or click here to go to the "Radios-TV" web site and see the complete DER brochure from 1975.
In addition, you will also find rental prices, more information, pictures about DER and a DER service engineers tool kit.